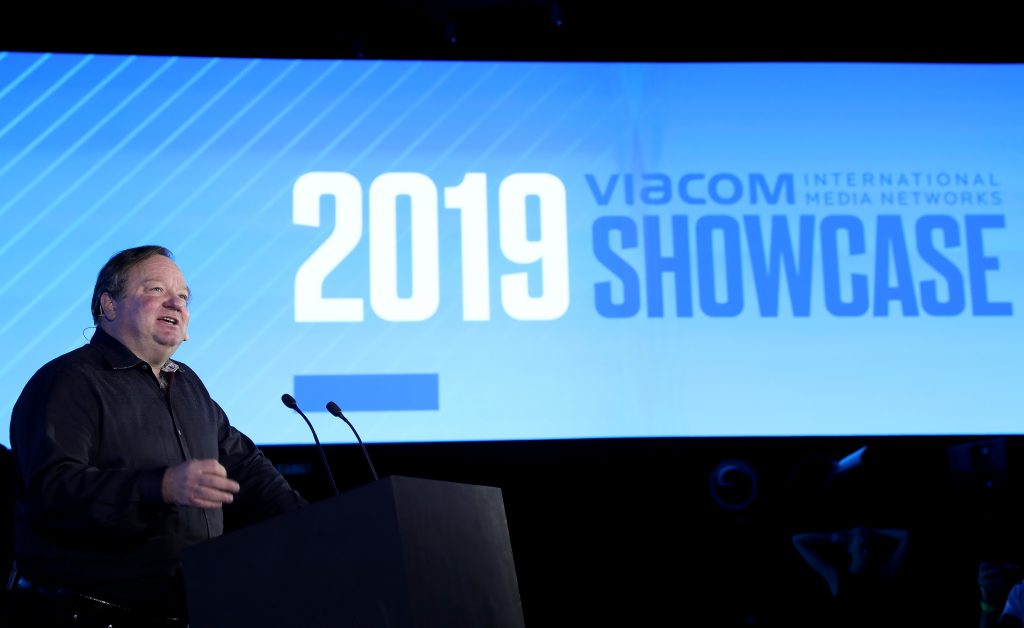 Bob Bakish has said that distributor and ad partnerships remain the “bedrock” of the strategy for the combined ViacomCBS going forward.

The Viacom CEO – a regular at the annual MTV European Music Awards, taking place this weekend – was addressing attendees at a pre-awards showcase in Seville, Spain, on Saturday (2 November), where he confirmed that the long-awaited merger, finally struck mid-August, would close in “early December” as opposed to later in the month, as previously thought.

Bakish promised that ViacomCBS will be a “decisive player in the battle for the future of video entertainment” and outlined a three-prong strategy focused on “content, partnership and Pluto TV”.

In particular, the exec trumpeted the importance of advertisers and distributors to the business at a time when these partners have “observed a growing bias in the industry towards direct-to-consumer solutions”.

Highlighting a “worldwide distribution network of more than 2,500 partners”, Bakish drove home the point that ViacomCBS would operate in a mixed economy, operating its own platforms but also ramping up production for third-party partners. This was abundantly clear in the ensuing 20-minute presentation of forthcoming Viacom titles, presented under the slogan of ‘We Made That’.

Bakish said: “All of our entities syndicate premium content to a broad range of MVPD, broadcast and digital clients around the world, so while it looks like some of our competitors are looking at going it alone, for ViacomCBS, partnership is deeply embedded in our DNA, and partnership will remain the bedrock of our distribution strategy as a combined company.”

The exec said this commitment also extends to ad partners, who play a crucial role in the growth of Pluto TV – the upstart AVOD service acquired by Viacom for $340m earlier this year.

“Pluto is another extension of our partnership model,” he said, adding that ViacomCBS will extend ad partnerships with the service, “adding billions of brand-safe addressable video impacts to our advertising [and] adding high-quality TV-like reach to strengthen campaign delivery”.

Meanwhile, Viacom International Media Networks CEO David Lynn added that Pluto is available across 150m smart devices in the UK, Germany, Switzerland and Austria, and will offer more than 150 channels by the end of the year.

“A combination of wider distribution and richer content has helped Pluto more than triple its UK user-base in just one month, and double it in Germany, Switzerland and Austria at the same time,” he said.

Viacom will launch Pluto in Latin America next year, building on the launch of its US Hispanic service, and will also debut in other key European markets.

“Pluto is just one of the exciting opportunities that ViacomCBS will offer partners across international markets in months and years ahead. We will have more to offer you in terms of content licensing, networks, products and advanced marketing solutions,” said Lynn.