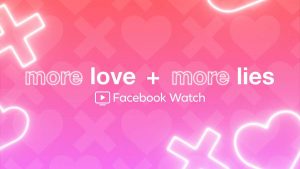 Facebook has agreed a deal that will see Viacom Digital Studios International (VDSI) produce a slate of original short-form content for its Watch service in Europe, the Americas and Asia.

In the UK, MTV has partnered with VDSI to produce 75 x 10 minute shows, which will be spin-offs from MTV UK’s linear series.

Facebook Watch shows include: More Love And More Lies, which reflects on MTV show True Love And True Lies; Geordie More and Geordie OGs: The After Show (working title); JTOU: What Was I Inking?, which follows couples who have appeared on Just Tattoo Of Us; and Celebrity Ex On The Beach: The After Party.

Also on the UK slate is Teen Mom UK: Mom’s The Word, a weekly studio show featuring celebrities from Teen Moms as they engage in entertaining discussions about the events in the most recent episode. The commissions follow from MTV UK and Facebook Watch partnership on gameshow MTV Stax in 2018.

VDSI is also working with MTV Asia to produce shows including 5 In 5, which follows celebs as they do things they have always wanted – or never wanted – to do, and micro doc series Generation Change.

The commissions come a year since MTV Studios and Facebook Watch partnered to produce MTV’s The Real World in Thailand, Mexico and the US, with the series premiering in June.