Script to Screen: The Capture 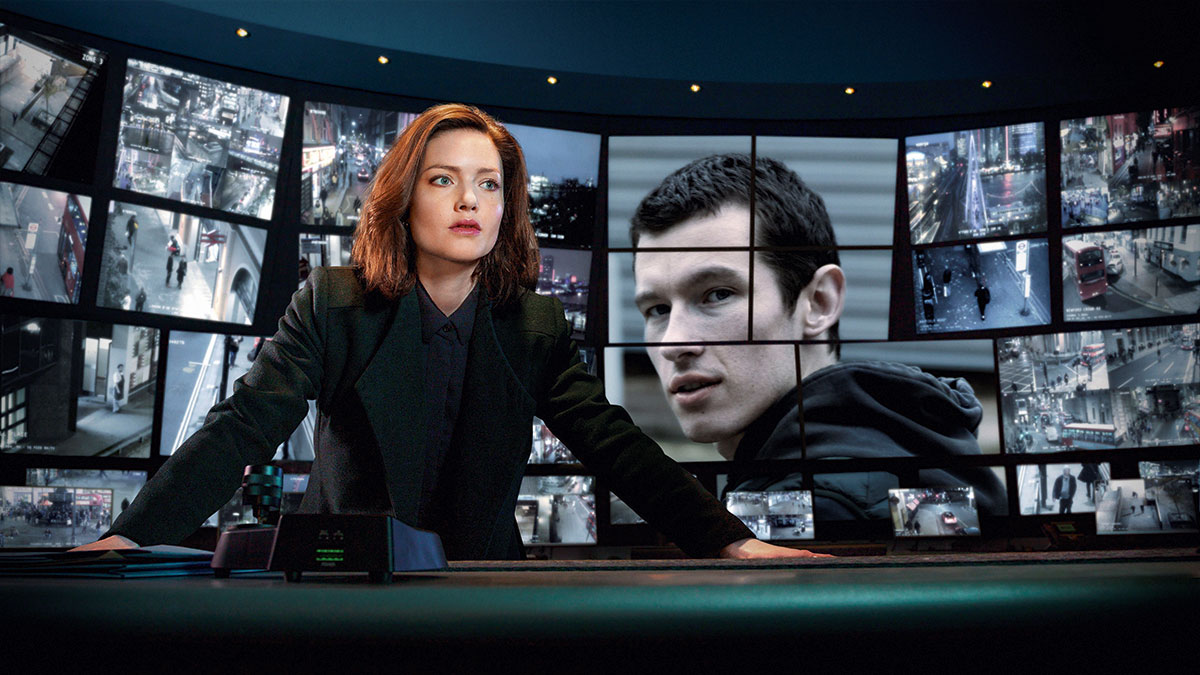 On the set of BBC One’s surveillance conspiracy thriller, Kaltrina Bylykbashi gets the lowdown on the series that has UK viewers in suspense this autumn

This spring, TBI found itself at the “mothership” – a bunker with a wall full of cascading CCTV footage taken from across London that looks like the lair of a new top-secret data-collection organisation. Of course, this isn’t a real secret location, but a studio in West London, where BBC’s surveillance conspiracy thriller The Capture from Heyday Television – NBCUniversal International Studios’ joint venture with producer David Heyman – is being shot.

Just days away from wrapping, it is clear that this is going to be an ambitious project. Hollywood megastars Ron Perlman (Hellboy) and Famke Janssen (X-Men) are filming a very serious, very confidential conversation, while writer-director Ben Chanan watches on. Meanwhile, Heyday executive producer Rosie Alison walks us through how the project came to be, all while trying not to reveal too much about the upcoming plot.

“We had always been interested in those 1970s American conspiracy thrillers – something that’s a specific incident, but which can spiral out in a meaningful way,” says Alison.

“So, in came a spec and I couldn’t believe that Ben had come up with a really brilliantly worked-out, brilliantly-led conspiracy thriller. I just rang the agent and said, ‘Please, I need to meet Ben at once.’”

The script from Chanan – who makes his debut as auteur – focuses on British soldier Shaun Emery (Callum Turner) who was formerly convicted of a murder in Afghanistan before having his sentence overturned. After he regains freedom and returns to normal life with his six-year-old daughter, damning CCTV footage from a new incident in London surfaces and Emery is forced to fight for his freedom once more.

It quickly becomes apparent, however, that the truth about Emery is merely a matter of perspective. The show uses the soldier’s story to repeatedly test the audience on whether what they see via CCTV footage is real and whether security services around the world – from MI5 to the CIA – are working for us or against us. 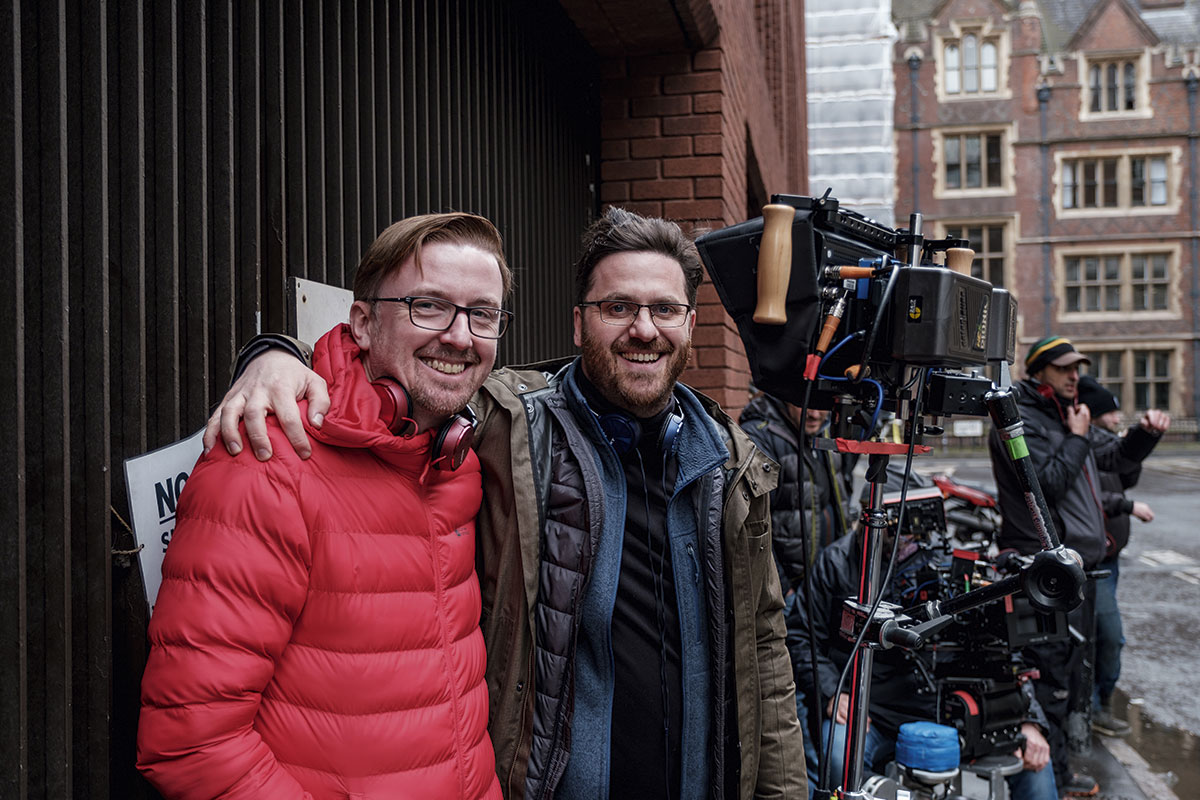 The action-packed 6 x 60-minute series has been written and directed in its entirety by Chanan, the director behind shows including Cyberbully and the second season of BBC and Starz drama The Missing. Heyman, Heyday’s Tom Winchester, NBCU’s Tom Coan and BBC One’s Ben Irving join Alison as executive producers, while Derek Ritchie, who previously produced hit BBC detective show Luther, was also drafted in to produce on the show.

Chanan’s insight into the security industry began with his work as director on the BAFTA-winning documentary The Plot To Bring Down Britain’s Planes (2012), which followed a UK surveillance operation that focused on a group of British men from East London who had plans to blow up multiple airlines with explosives masked as soft drinks.

While the plot for The Capture is not directly inspired by these events, Chanan’s deep-rooted knowledge of surveillance is what drove him to conjure up a conspiracy thriller that would touch on some of what he had learnt from the world of counterterrorism. It turns out he had his finger on the pulse.

“When Rosie and I first started working together, I used to have this office with a giant whiteboard for the core ideas we needed. A surveillance thriller was always one of those titles on the board,” says Coan, as he joins TBI’s conversation with Alison.

“We explored lots of opportunities and lots of books and none felt quite right for some reason – it had to have the magic of an individual and their specific take and connection to it. And then The Capture came into our lives and I’ve never seen Rosie work so quickly to get in on a project.”

The execs admit that they had to beat some stiff competition to get Chanan on board, but with Heyday’s credentials as a film company – the prodco is behind the Harry Potter franchise as well as this year’s Quentin Tarantino film Once Upon A Time In Hollywood – and its propensity to work with writer-directors, they were able to sign him up.

Things moved quickly from there. The team worked with Chanan to develop the script for six months before pitching it to the BBC, which immediately commissioned the show via drama controller Piers Wenger. A short turnaround, according to the execs.

“There’s a real appetite and hunger to find something that’s contemporary, political – with a small ‘p’ – and a ‘state of the nation’ thriller,” says Alison. “The BBC were really thrilled to get something like that, because it can be hard to find.”

Act 2 – Bringing the abstract to life

Once The Capture received the greenlight, the execs had their next challenge: bringing the many moving parts in Chanan’s script together on screen.

Presenting an authentic picture of the City of London, CCTV footage and the structure of the surveillance services was key for the team to ensure that it resonated with audiences. As a result, multiple measures were taken to bring all of these elements to life.

One such measure included Turner, along with Holliday Grainger – who plays DI Rachel Carey – receiving professional training in each of their character’s professions to get a deeper understanding of their roles. Grainger took on counter-terrorism classes, while Turner trained in the army. 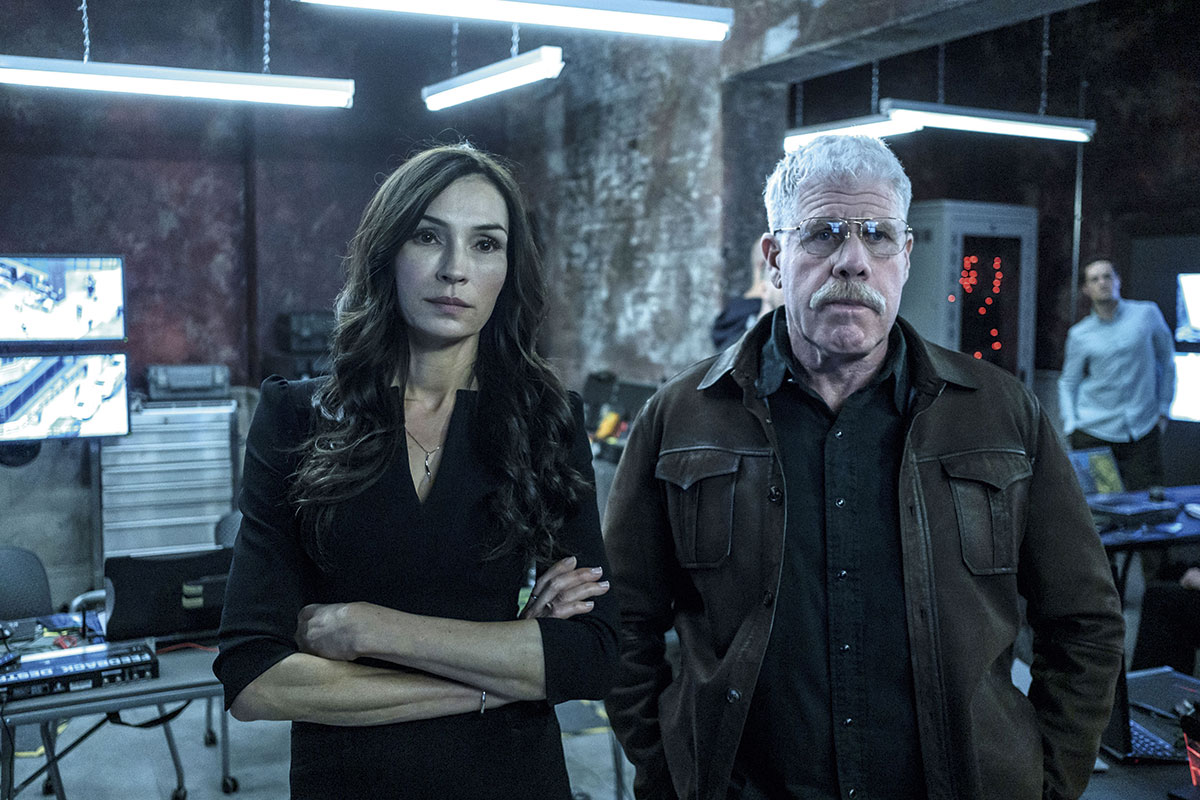 A focus was also placed on the CCTV footage that would be shown in the series. Coan says they wanted to bring it to life in a way “that didn’t look dull” and that would invoke personal paranoia among viewers. To do so, the team brought in Luther’s Ritchie and multidisciplinary artist Mark Doman, who had previously worked on BBC One’s Spooks, to create the footage both for the mothership – which features 120 screens – and key scenes in which we see the lead characters play out on screen.

“We created this world of surveillance to surround the drama,” says Doman. “We filmed London day and night for six months. We just built up these stories, these different textures and layers of life that come from being the most surveilled country in the world. We wanted to portray the idea that there’s surveillance everywhere.”

The team admits, however, that overall they were simply enablers to Chanan’s vision.

“Ben has the whole of The Capture in his head in a way that none of us could know and he presented it in a script form that got us all interested,” says Coan. “The Heyday process is about really considered storytelling. No massive movements from the script, but making sure everything sits well together.”

At its core, Coan says The Capture centres on “a detective and soldier who have a cat and mouse game that drives them to a singular truth”. High stakes have been placed on the heads of Grainger and Turner, who the execs have positioned at the forefront of the series to draw in the masses.

The duo are no strangers to success: Grainger recently appeared in the film Animals and BBC One’s Strike, while Turner just wrapped up a role in the latest Fantastic Beasts film – but Alison insists that their work in The Capture will be defining for the both of them.

“I think this is Holliday and Callum’s show,” says Winchester. “One hopes that they will appeal to a younger audience because I think they have such wide appeal – especially with bringing in the world of Harry Potter – and they will bring the highly sought-after young audience the BBC is always after.”

Meanwhile, catering to an international audience, Perlman and Janssen have also been flown in as a CIA agent and the head of US intel, thanks to some string-pulling by Coan.

“It’s a story about our relationship with the US,” says Winchester. “And, luckily, that happens to be at a time when TV itself is incredibly global.”

Overall, the team’s aspirations for the title are no secret. Line of Duty – BBC One’s best-watched show of 2019 – is just one of their reference points throughout the conversation, along with Harrison Ford hit The Fugitive.