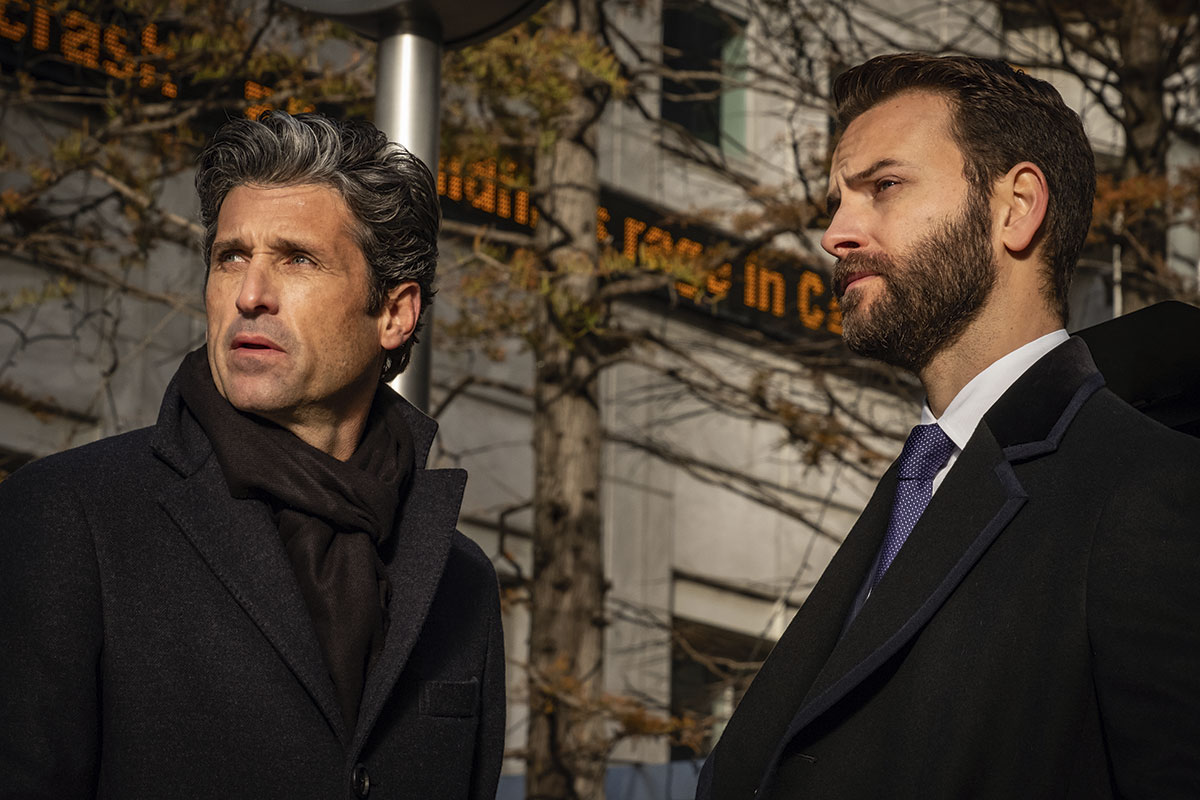 Based on the novel I diavoli by Guido Maria Brera, 10-part thriller Devils is set largely in London and follows the high-stakes world of global finance during the 2011 debt crisis in Europe.

The drama centres on a hot-shot trader (Alessandro Borghi) whose meteoric rise at a global investment bank, aided by his mentor (Grey’s Anatomy’s Patrick Dempsey), is derailed by a personal crisis that plays out against a more nefarious, international backdrop. Think Billions meets Wall Street.

Nils Hartmann, director of original production for Sky Italia, says that while the drama was shot in English, it is “truly a European show” and remains true to its Italian roots with a mixed cast and crew.

“The main director [Nick Hurran] is English but the second director is Italian,” says Hartmann. “I love the idea of Devils crossing bridges at a moment when politics are trying to create boundaries.”

The project will also be dubbed in Italian for the broadcaster, as per other global-facing drama offerings, such as The Young Pope.

The series was shepherded by Sky Studios’ Jane Millichip and her team at Sky Vision – what Hartmann calls a “proper co-production” – before it was handed over to NBCUniversal Global Distribution, following Comcast’s takeover of Sky earlier this year.

In addition to showcasing the drama at May’s LA Screenings, the distribution powerhouse has made Devils a key priority for MIPCOM.

The shuttering of Sky Vision has not had any impact on the trajectory of the show’s sales, says Hartmann, who adds that the drama will likely get picked up by Sky UK and is currently courting US buyers as well.

“We’re going to see how far this can travel,” he says enthusiastically. Discussions are also currently underway around a second season of the drama.