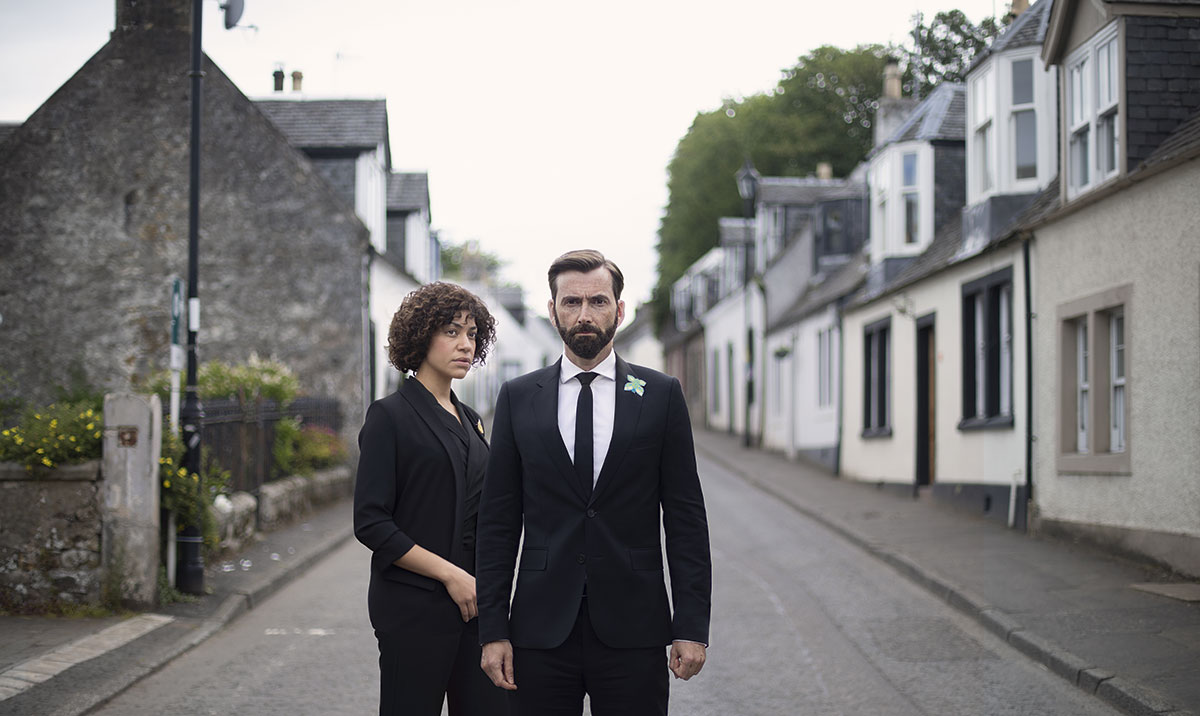 Good Omens star David Tennant and The Good Fight’s Cush Jumbo lead the cast for Channel 4’s Deadwater Fell (working title), a moody Scotland-shot drama about a murder that shakes a small town to its core.

The Kudos-produced psychological thriller (4 x 60 minutes) centres on an entire family that is murdered by someone they know, ultimately leading to a veil of suspicion descending on their closest friends and family.

While she describes the show as “gripping” and “quite dark”, Endemol Shine International boss Cathy Payne says that, ultimately, Deadwater Fell is “really a thinking piece” that explores the cause and aftermath of a tragedy.

In addition to a compelling conceit, what is attracting buyers is the cast, explains Payne.

“They’re a really strong cast in what some people might think is a domestic UK show. Being able to attract a cast at that level really brings in that interest,” she says.

The project has not been dependent on pre-sales and has thus had “the luxury of waiting” and taking it out to buyers a little later, says Payne. So far, there has been interest from traditional broadcasters as well as regional SVODs such as C More out of Sweden.

The project will deliver just ahead of Christmas, and is set to TX early next year on Channel 4. Deadwater Fell is written by Humans and Grantchester scribe Daisy Coulam.

Coulam said when the project was first unveiled that she “wanted to look at the notion of evil”.

“We’re very quick to call something evil – to dismiss it out of hand as something inhuman or monstrous, but it is humans who commit these acts,” she said.

“Deadwater Fell is an unflinching look at a community we might live in, families we might know and what happens when tragedy befalls them.”