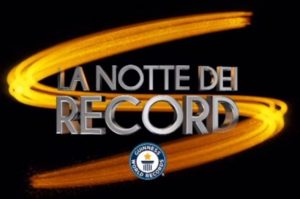 The year-long deal to represent GWR marks the brand’s biggest option deal to date and will span 15 markets including UK, Ireland, Eire, the US, Australia and Germany.

The studio format features contestants going head-to-head in challenges as they attempt to secure world records, while established record-holders also vie to break their own world bests, with official adjudicators on site to ensure the records can stand.

The format has already been produced by Banijay Group’s Magnolia in Italy as five-part series, La Notte Dei Record, which premiered on TV8 in 2018.

Carlotta Rossi Spencer, SVP, format acquisitions at Banijay, added: “The partnership with GWR was a no brainer. With a brand that resonates worldwide, a format that is both scalable and hugely versatile, and an incredibly well-established audience and fan-base, the potential for a collaboration was obvious.

“Already we’ve seen the show perform well in Italy and are now looking forward to travelling it further across our footprint.”

GWR, which is celebrating its 65th anniversary in 2020, has over 16 million followers on Facebook and over five million subscribers on YouTube. It is also the third biggest brand globally on TikTok, with more than three million followers.