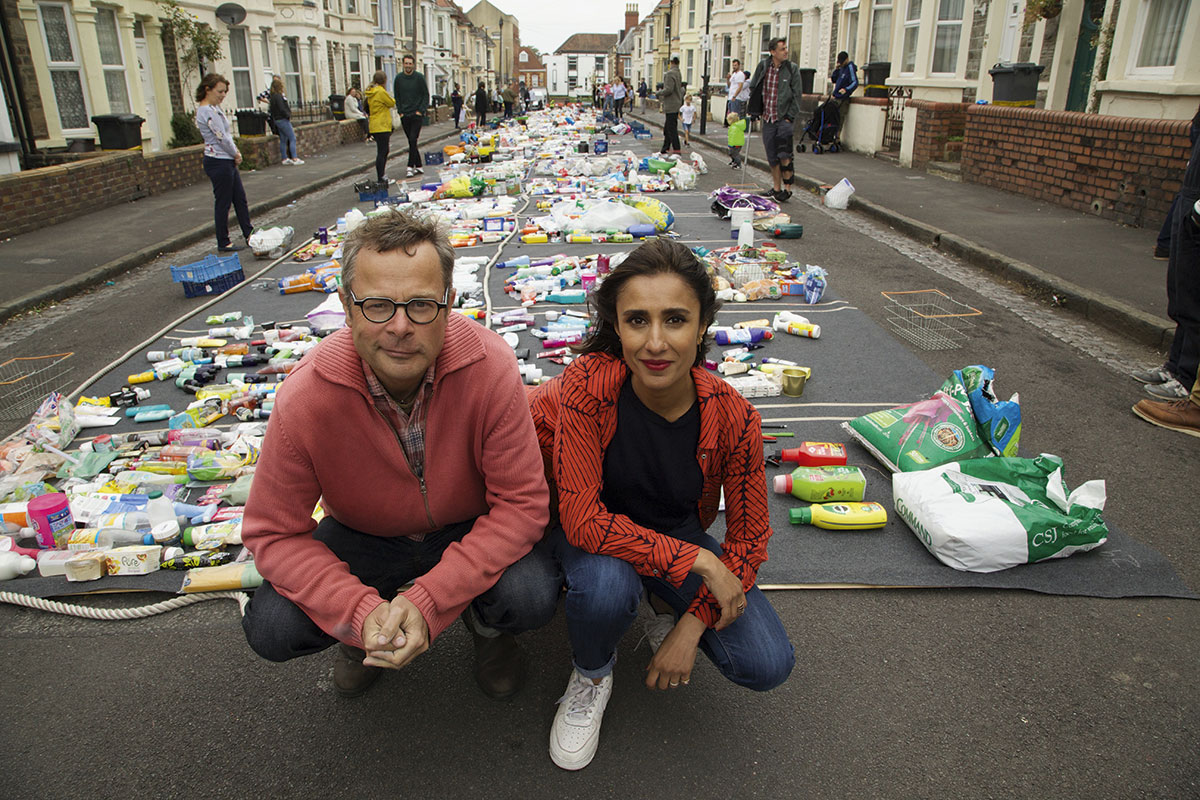 Back in 2017, BBC One’s Blue Planet 2 sparked a public outcry about the impact of plastic on the world’s oceans, triggering a global debate and focusing the attention of policy makers on the issue.

Two years on, the calls for something to be done have only become louder as concern about plastic use become intertwined with growing fears about climate change.

Instead of revealing the harmful effects of plastics on our seas and marine animals, this campaigning BBC One series focuses on where the problem is coming from and what can be done about it. Along the way, it accuses big businesses, corrupt systems and poor governance for the plastics crisis, and reveals some appalling stats – such as the fact that the equivalent of a garbage truck full of plastic is emptied into the oceans every minute of every day.

The four-parter is fronted by chef and campaigner Hugh Fearnley-Whittingstall and former Watchdog presenter Anita Rani.

The producer, Keo Films, has a long track record of creating campaigning films, like Hugh’s Fat Fight and Hugh’s War On Waste – and the result can be seen in this series.

On one level, this is a journalistic series that seeks to get to the heart of the plastic crisis. For example, Fearnley-Whittingstall travels to Malaysia to find mountainous piles of supposedly recyclable British plastics rotting on illegal dumpsites, and local families suffering from its toxic effects.

Rani, meanwhile, confronts organisations contributing to the crisis and visits wet wipe companies to ask why they aren’t telling consumers about the plastic they contain. She also joins young activists who are campaigning for McDonalds to stop giving away plastic children’s toys.

But War On Plastic is more than a series of investigative reports. “The challenge with any environmental film is to find ways to make it accessible to a broad BBC One audience as well as revelatory and hard-hitting, which is why so much time and effort is spent dreaming up big, eye-catching stunts like the opening of episode one, when a garbage truck load of plastics is apparently tipped into the sea,” says Sarah Tong, director of sales at Hat Trick International, which has a long-running output deal with Keo and is handling distribution for this series.

To reach a wide audience, environmental films also need to be entertaining and funny too, which is why Fearnley-Whittingstall in one episode puts on a dodgy moustache and markets tap water to plastic bottle-drinking tourists in Covent Garden. Tong says the series also “has an emotional heart” provided by the documentary elements on a plastic-free street in Bristol.

Tong says there’s also a very clear format for War On Plastic, giving it remake potential. However, because Fearnley-Whittingstall is a well-known personality internationally, finished programme sales are Hat Trick International’s focus in regions where it’s too costly to produce the format. The programme has already been sold into Australia, Spain and Iceland ahead of its launch at MIPCOM.

War On Plastic
Distributor: Hat Trick International
Producer: Keo Films
Broadcaster: BBC One (UK)
Logline: A call to arms to fight plastic pollution, investigating what we can all do to reduce our use of plastic