Scripted: The drama of distribution 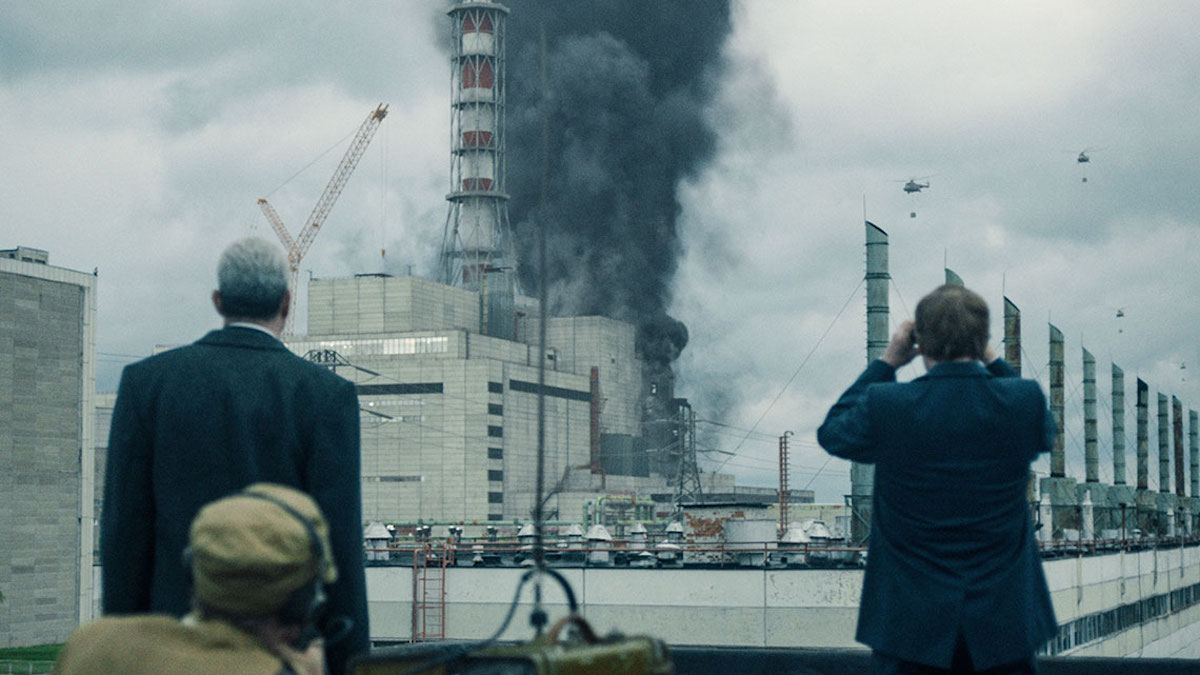 Distribution has arguably never been as dynamic or responsive to the wider TV ecosystem as it is now, with companies becoming financiers, marketers, match-makers and even commissioners. Here we explore how the scripted side of the business is changing

The scripted side of the distribution business has to date been the most affected by the ongoing impact of SVOD outfits and their content strategies.

Budgets have surged and distributors have had to adapt quickly to a market in which they are no longer simply seen as companies that sell product but as financiers and match-makers that provide a vital role in filling increasing deficits and getting shows off the ground and into production.

Market consolidation is a given for many in this part of the business, which will bring with it further complications, but there are also more buyers. There is also more product, however, requiring distributors to increase their promotional spends to cut through. 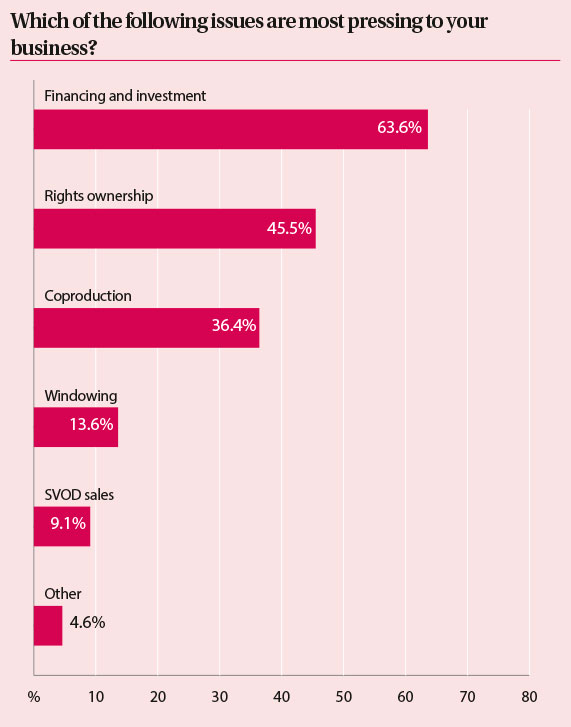 It is a point that was highlighted by Chris Bonney, CEO of rights at Cineflix Media. “As we ramp up our scripted output in particular, we have increased our promotion of content both at existing markets – through advertising, screenings and activations – but we have also increased our presence at the pre-MIPTV London Screening events, with exclusive preview screenings of new series as well as with our regular social event for buyers,” he says.

“We are also investing more into marketing materials such as EPKs (electronic press kits) with exclusive content for social media, for example. We are delivering more creatively led launch campaigns and ensuring our branded campaigns are distinctive and stand out in a crowded market.”

Indeed, if there is one takeout from this survey regarding scripted distribution, it is the intense competition companies are facing. Ensuring a pipeline of content is proving tough: 64% of respondents said competition to secure scripted shows has never been greater, with another 23% reporting that competition has increased albeit not to historic highs.

“We are increasing our efforts to source exciting new scripted source material,” says Greg Phillips, president of distribution at Kew Media, “approaching creators, developers and producers as early as possible in order to secure the strongest IP.”

That point is echoed in the fact that more than 80% of respondents said they are now looking to get involved in series earlier and there appears to be an increasing tendency for distributors to take a far more active role in the creation of shows, too.

Just under a quarter of respondents said they always got involved in the creative process of a project, providing notes, guiding editorial and working with writers, but a further 72% said they either often or sometimes became involved now. Only 5% said they never got involved in creative.

While competition for product has increased, so have the outlets for distribution. Over the past 12 months, almost 20% of respondents said the number of buyers had increased by 20%, while more than 45% said they had seen buyer numbers increase by more than 10%. And while streamers might receive the most column inches for their impact on the drama market, almost all the distributors involved in this survey said they dealt with every type of client: from free TV networks and public service broadcasters, to thematic DTT networks, pay TV channels and free VOD services. 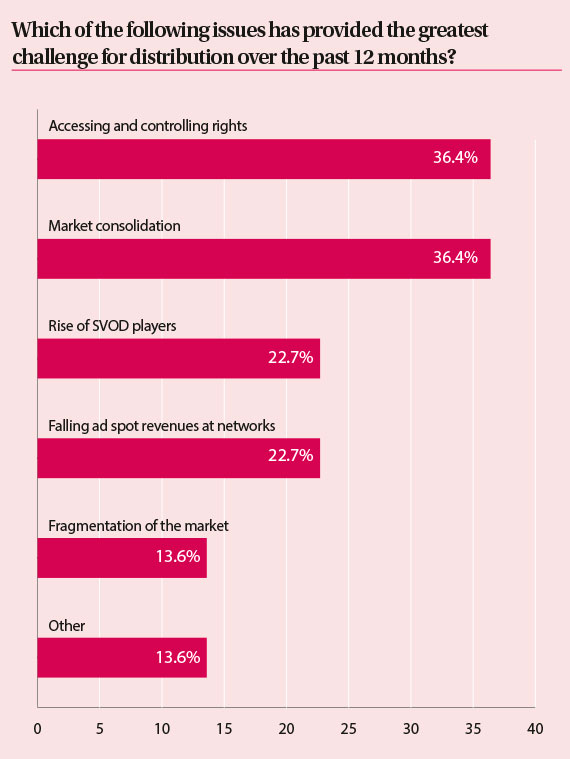 It is a different picture for cable and free-to-air broadcasters, unsurprisingly. More than 40% of respondents said budgets had decreased by more than 10%, while a similar number said budgets were static. Less than 20% said budgets from FTA and cablers had increased.

Yet it is evident that varying budgets are not the only obstacle for distributors of scripted programming. The impact of market consolidation and the ability to access and control rights have had the most effect on distributors, according to the survey: just over 36% of respondents cited these two issues as being among the factors causing the biggest challenges to the business over the past 12 months. But respondents, who were able to cite more than one issue, also highlighted myriad other challenges affecting their businesses: almost 23% said the ongoing rise of SVOD players had been among the issues providing the greatest challenges over the past year to August, while a similar number also cited the falling revenues from advertising as impacting the drama side of their businesses. 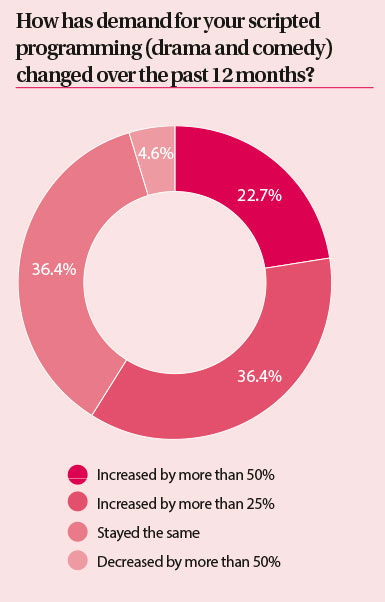 Such changes are driving shifts in both the types of content that are in demand and the prospects for companies of varying sizes. Crime continues to prove a key revenue driver, with more than 30% of respondents saying the genre was the most popular among acquisition execs, while drama also fared well, coming in at just over 27%. Distributors also said they expected demand for short-form scripted product – multiple episodes of 15 minutes or less – to rise: almost 50% reported that they believed demand would increase slightly and a further 14% said they expected it to rise rapidly.

There was also marked optimism amongst respondents, with 77% believing their own businesses would improve in the coming 12 months and almost 70% expecting the market to do likewise over the same period. More than 85% said their catalogues had increased too, but issues over rights ownership, financing and investment and co-production were all among the most pressing issues.

The future for small and medium-sized firms was also brought into focus, with half of all respondents working in the scripted business admitting that they believed smaller firms were most at risk from market conditions. A further 40% believed it would be mid-sized firms facing the biggest squeeze, a point driven home by Francoise Nieto-Fong, head of distribution at Dutch Features.

“Large [firms] will usually have enough financial strength to diversify or merge. Smaller businesses have reduced overheads. Midsized have to make enough to cover their overheads and expenses, while fighting in a consolidating market,” Nieto-Fong says.

But for Maria Hernandez, director of international sales at RCN Television, the question comes to money. “The smaller you are, the easier you can adapt and adjust but what really determines whether you can survive or not is the amount of finance support you can access to to survive the storms – or the tough times.”