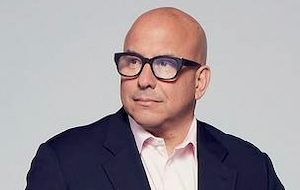 Head of unscripted at US cablers TNT and TBS Michael Bloom is stepping down from his role after signing a production deal with Warner Media, marking the latest exec rejig at the AT&T-owned outfit.

Bloom’s newly formed prodco Bongo Pictures has struck a first-look deal with WarnerMedia following three years in his current role at sibling networks TNT and TBS. Prior to that he was SVP at IMG’s Original Content and has also had stints with AMC and Fox Sports.

Kevin Reilly, who is president of TNT and TBS as well as chief content officer at HBO Max, said: “Michael is one of the true industry pros in the nonfiction space and has been pivotal in reshaping our unscripted business. Thankfully he will continue to be a part of our next major unscripted push through this new venture.”

Bloom said: “WarnerMedia has been a wildly creative place to work, and with Bongo, I hope to create distinct and significant content that evokes the same feeling as when you hear those drums — that something awesome is about to happen.”

WarnerMedia, which is in the midst of preparing to launch streamer HBO Max, has seen a raft of execs leave the organisation following AT&T’s formal acquisition of Time Warner in March. HBO chief Richard Plepler and comms chief Nancy Lesser are among those to have exited, alongside former Turner CEO John Martin and Cinemax president Kary Antholis.

Simultaneously, WarnerMedia has been unveiling more details for HBO Max including naming those behind the service’s design and function. It also revealed a new slate of shows with Ellen DeGeneres and bagged streaming rights to The Big Bang Theory.