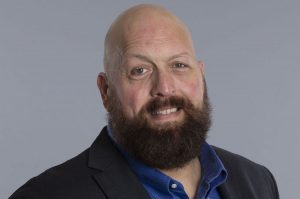 ITV Studios America-backed Thinkfactory Media is linking up with the studio arm of wrestling organisation WWE to produce a new reality series starring Paul Wight (aka The Big Show).

Big Show Vs. The World: A Giant Abroad (working title) will follow the wrestler as he recollects his experiences as he travels to locations that he has previously visited during his career. It will also document the difficulties of travelling as a 7ft 2in man.

Although no broadcaster or streamer is yet attached, the show marks the latest project for the wrestler who is also appearing on a 10-episode half-hour, multi-camera comedy series for Netflix. The streamer has also worked with WWE Studios on family film The Main Event.

“Big Show brings so many different layers to a project like this; it’s a dream scenario for us as producers,” said Thinkfactory CEO Adam Reed.

“He blends his fierce intelligence and curiosity with an unexpected, one-of-a-kind wit, and his intimidating physical stature is offset by his surprisingly disarming personality.”

Susan Levison, SVP and head of WWE Studios, added: “For more than two decades, Big Show’s magnetic personality has inspired fans around the world, and in this new series, he will be able to meet the people and explore the places that have played a pivotal role in his journey as a WWE Superstar.”