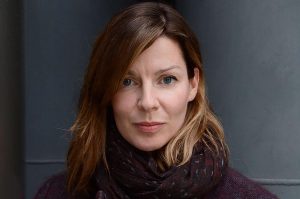 BBC Studios (BBCS) Production has appointed former Expectation exec Amy Flanagan to lead its expanding documentary unit, which has been behind shows including Thatcher: A Very British Revolution as well as Life And Death Row.

BBCS Documentary Unit, which has bases in London and Scotland, produces shows from Louis Theroux and is also behind Sacred Wonders, Imagine, and American History’s Biggest Fibs With Lucy Worsley.

The division ‘s team in Scotland also secured BBC Studios Production’s first fully-funded commission in China, with a factual series that explores tea that will be available via Migu.

Flanagan, who reports into recently appointed factual director Tom McDonald, starts in December and will lead the creative team and strategy for the Documentary Unit, which will merge with Pacific Quay Productions in Glasgow and Aberdeen, and the digital team in London.

She was most recently co-creative director of factual at Expectation, where she had been since 2017. Her recent commissions include arts documentary Superkids: Breaking Away From Care for Channel 4, and returning series Travels In Trumpland With Ed Balls for BBC Two.

Flanagan was previously deputy head of factual at Channel 4 and also worked at The Garden, making the first season of 24 Hours In A&E.

Ralph Lee, director of content for BBCS, said: “Amy Flanagan is a highly respected and awarded specialist factual and documentary-maker, who is great at empowering and nurturing film-making talent. I’m thrilled she is joining BBC Studios to build on our strong heritage and creativity in this area.”

Flanagan added: “The Documentary Unit at BBC Studios has an extraordinary history of working with some of the best off-screen and onscreen talent in the industry. I’m really excited to build on that history and reputation to help deliver the best of British documentary making to audiences in the UK and around the world.”