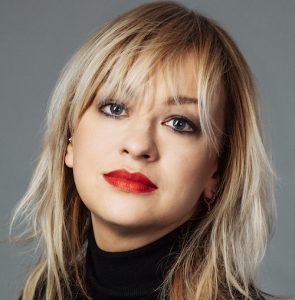 Drama, entertainment and sports management agency YMU Group (formerly known as James Grant Group) has promoted one of its strategy chiefs and appointed an NBCUniversal International Studios exec as it continues to rejig its UK operation.

Holly Bott has been appointed as managing director at YMU Entertainment, replacing Mary Bekhait who was promoted earlier this week to the newly-created role of UK CEO, overseeing YMU’s five business divisions.

Bott joined YMU in 2015 as group head of strategy, and went on to become director of YMU Entertainment’s board and director of client services in January. Her remit now includes leading the teams working with TV presenters/hosts, broadcasters, experts, social influencers and authors.

Prior to joining YMU, Bott worked in the planning teams at Sony Music and worked for Simon Cowell’s SYCO Music.

Meanwhile, Paul Randle takes up the newly created role of managing director at Troika, YMU’s drama and comedy division. He will provide strategic leadership for Troika and work on deals across a roster of comedians, writers, producers, actors and casting directors.

He was most recently senior legal and commercial officer at NBCUniversal International Studios, whose parent NBCU is in the process of combining its operations with Sky following the latter’s acquisition by Comcast.

The UK additions are part of YMU’s plans to expand in the US, with global CEO Neil Rodford overseeing that push.