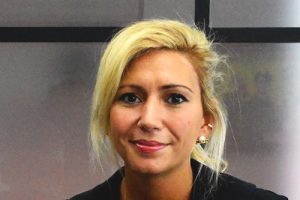 Bekhait was previously managing director for YMU’s entertainment division but will now oversee the company’s five UK divisions, which are made up of: sport; music; drama; entertainment; and business management.

She will continue to report to YMU Global CEO Neil Rodford, who said the new UK CEO role had been created to underpin the outfit’s expansion plans on both sides of the Atlantic. A new managing director for YMU Entertainment will be announced soon, the company said.

Rodford said: “Mary’s ability to align business with emotional intelligence is an inspiring and energising combination.” He described Bekhait as “a proven leader and someone who has a proven track record of delivering for our clients and colleagues.”

The new UK chief added: “It is a privilege to work with so many people with an unrivalled passion, commitment and flair in delivering emotionally and financially intelligent long-term careers advice for our clients.”

Bekhait has been with YMU for over seven years, managing clients including Davina McCall, Holly Willoughby, Fearne Cotton and Reggie Yates. She was promoted to deputy managing director of entertainment in 2017.