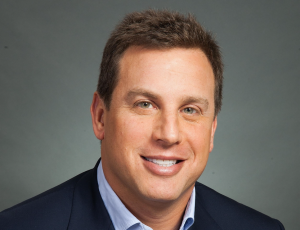 Lionsgate-backed US cabler Starz has handed its chief operating officer Jeffrey Hirsch a new long-term deal and named him CEO at the network.

Hirsch had been in charge of Starz since March, after former boss Chris Albrecht revealed he was stepping down from the CEO role after almost a decade with the company.

Starz, which was acquired by Lionsgate in December 2016, was then overseen by Hirsch and the current leadership team, alongside Lionsgate CEO Jon Feltheimer. However Hirsch has impressed bosses following deals for shows such as Dangerous Liaisons and the company’s continued expansion both domestically and internationally.

In the US, the company has seen its subscriber numbers rise over the past year from 23.5 million to 24.7 million helped by its mobile app, while its streaming service is also now present around the world. Starz said it expects to have between 15-20 million customers outside of the US by 2025.

The cabler has also partnered with companies such as Amazon and Hulu to sell its shows to consumers, driving further growth, while its parent company Lionsgate remains a potential takeover target. Last year, reports suggested the company could be acquired by Amazon and CBS also emerged as a potential suitor prior to its merger with Viacom.

Feltheimer said Hirsch “has a clear strategic vision, great understanding of where our business is headed and strong relationships that will all contribute to Starz’s continued strong growth and evolution.”

Hirsch added: “Over the last several years Starz has been on the leading edge of innovation across our industry, transitioning to a digital world with the launch of our App and OTT business and most recently through the expansion of our global footprint.

“As our evolution continues, our remarkable line-up of premium original series and vast library of content will drive both our domestic and international growth as we look to capture new audiences and subscribers around the world.”

Hirsch has been with Starz since 2015, joining initially as president of global marketing and product development. He had previously worked for Time Warner Cable and was nearing the end of his current deal with Starz, which was up in 2020.