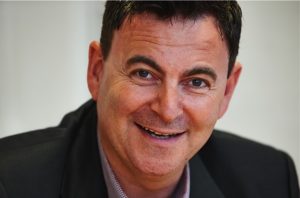 The agreement sees Zig Zag develop an original slate of unscripted content and formats for which DRG will have the option to co-develop and distribute.

Led by CEO Danny Fenton, Zig Zag has produced over 750 hours of non-scripted programming including Troy, I Wanna Marry Harry and The Football Show.

Mette Kanne-Behrendsen, DRG’s SVP of acquisitions, said she was “excited to have established this new relationship with Zig Zag and look forward to bringing our full support and international expertise so that we can deliver a fantastic raft of new content to the market, and benefit both our businesses.”

Fenton added: “We’ve long admired DRG as a fast-moving innovative business who embraces our own entrepreneurial spirit. Zig Zag’s creative sensibilities and DRG’s catalogue are a great fit and we’re thrilled to be collaborating with them in the development and international distribution of new factual productions and formats.” 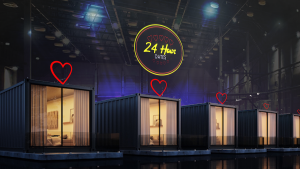 Under the terms of the deal, Fugitive’s Anthony Kimble and Merrily Ross – who joined last month – will have exclusive representation rights to anything created during this period.

They will also work closely with Little Delicious Media to develop ideas and find producer and broadcaster partners around the globe.

Little Delicious was founded earlier in 2019 by former ITV exec Winnan, who has worked on Love Island, and writer-producer Austin, who has credits on Celebrity Stitch-up.

As part of the deal, Fugitive will launch three entertainment formats at MIPCOM in Cannes next month including relationship format 24 Hour Dates, hair salon competition series Curl Up And Dye, and retail-focused Boom Or Bust. 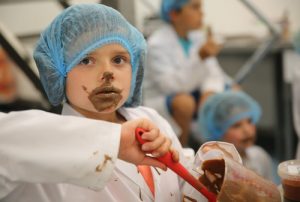 When I Grow Up

Hong Kong-based broadcasters including TVB have picked up a raft of factual content from All3Media International totaling more than 50 hours.

The broadcaster will also air Optomen Television’s When I Grow Up, originally produced for Channel 4 in the UK and about kids running some of Britain’s best-known businesses. 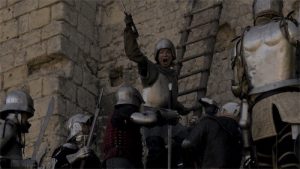 The Real War Of Thrones

French public broadcaster France 5 has ordered a third season of docu-drama The Real War Of Thrones: A History of Europe from production company Pernel Media.

The 6 x 60 minute show will recount the story of the rival dynasties that forged the history of modern Europe using drama reconstructions to explore the experiences of the characters directly involved.

The re-commission follows a second season run that secured a domestic ratings average of 1 million consolidated viewers per episode.

The series has also secured international sales, with Foxtel in Australia, Viasat World, ZDF in Germany and TV5 in Quebec picking up rights. An English-language remake was also produced for History UK.

Discovery in Italy, Spain and Latin America have acquired docuseries Untold Stories Of The E.R, which is produced and sold by GRB Studios.

The show, which has been broadcast in 125 countries, dramatises real-life stories of the emergency room, featuring the actual doctors who lived through the experiences.

It is into its 13th season in the U.S on TLC, with 162 episodes and specials having been produced over 15 years. The deal was struck by GRB’s newly appointed SVP of international Sarah Coursey, who was appointed over the summer.

“Many docudramas don’t even make it to the second season, let alone the 13th, and Untold Stories Of The ER’s success is a testament to the appetite of global audiences for raw, real and unexpected true stories of regular people who find themselves in the most irregular of situations,” Coursey said. 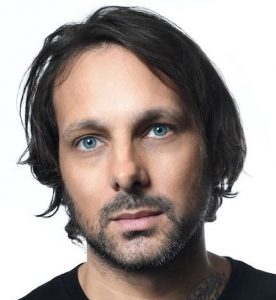 Passion Distribution has picked up sales rights to a three-part special from magician Steven Frayne (aka Dynamo).

Project 7 (working title) will take viewers around the globe to watch Dynamo perform feats of magic intended to have a lasting effect both on him and the people he interacts with.

The show is being co-produced for Sky One in the UK by Phil McIntyre Television, Inner Circle Films and Motion Content Group and debut in 2020. It will also become available via Sky’s streaming service NOW TV in the UK and Ireland.

Dynamo has previously been behind series including Magician Impossible but has suffered from a career-threatening illness over the past five years. He said: “This show has been a passion project of mine for almost three years and represents a whole new approach to the genre. I believe that now more than ever people need a sense of magic in their lives so I can’t wait for everyone to see what I’ve been working on.”

Passion Distribution’s CEO, Emmanuelle Namiech, added: “We are incredibly proud and excited to collaborate with Dynamo again for what promises to be a visually stunning series and Dynamo’s most ambitious project yet.”