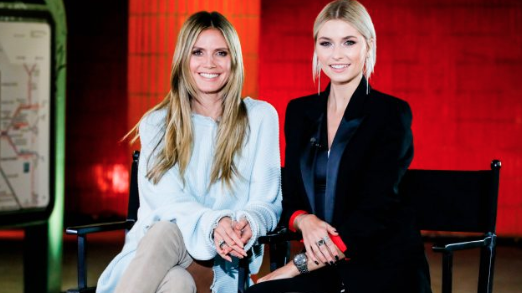 Red Arrow Studios-owned Redseven Entertainment has opened shop in Berlin as the business continues to push into Germany.

The Berlin hub is the third hub for Redseven, which is to develop and produce a range of programming for broadcasters and digital platforms. It already has offices in Munich and Cologne.

Producer and broadcasting exec Benedikt Nordmann has been named executive producer in charge of the Berlin office.

Most recently, Nordmann was head of comedy and light entertainment and executive producer at German network ProSieben, responsible for shows such as Das Duell um die Welt, Late Night Berlin and jerks.

One of the Berlin office’s first projects is the production of the International Music Awards (IMA). Founded by Axel Springer Media House Berlin and Rolling Stone Germany, the awards honour artists who promote awareness of issues such as diversity, understanding of democracy and sustainability. The first IMA Awards will take place on 22 November.

Founded in 2008, Redseven Entertainment develops and produces for the German and international TV markets, with a focus on entertainment, comedy, clip shows, docutainment, magazine shows and corporate media. Its slate includes Germany’s Next Top Model, The Taste, Married at First Sight and The Biggest Loser. Game show format My Man Can has sold to over 40 countries worldwide.

The business is among the subsidiaries that will remain with ProSiebenSat.1 in the event of a sale of Red Arrow Studios. Multichannel network Studio71 will also remain within the wider business.

Jobst Benthues, CEO of Redseven Entertainment, said: “Opening an office in Berlin gives us access to new ideas and networks within the Berlin creative scene, and enables us to establish ourselves there as key partner for video content. We’ll also be well-positioned in terms of our flexibility and breadth – including more physical space, but also the range of content we will be able to produce, including ambitious entertainment, docutainment and factual content, as well as digital content and expanding our corporate TV activities.

“Producing the forthcoming International Music Awards is an important first-step for our Berlin operation, and we are delighted that Benedikt Nordmann is taking over the management of the office. He brings a wealth of experience in the development and production of content, and is a great addition to the Redseven team.”

Nordmann added: “I have known Jobst and Redseven’s Managing Director, Christiane Heinemann, for many years and from working on many joint projects together. It’s great to add this new chapter to our collaboration with the establishment of Redseven Berlin. There are so many innovative and creative TV makers here with whom we can now work much more closely. It is a unique opportunity to establish this location and to make Redseven a permanent production location in the capital”.