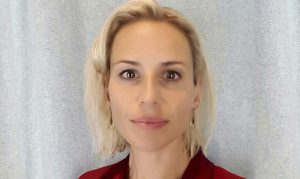 Parish, who becomes head of drama for BBCS Production, will report to director of content Ralph Lee and will be responsible for the creative strategy and development for BBCS drama series and serials, daytime drama and factual drama.

Parish will join in November from ITV Studios-owned World Productions, where she was executive producer and head of development, executive producing Line Of Duty and co-producing Bodyguard.

Prior to that, Parish worked for production companies including Left Bank Pictures, Fremantle and Comedy Central and held development producer roles at Big Tree Productions and Working Title TV, where she developed Margaret Atwood’s The Robber Bride and Diverted, written by Tony Marchant.

Lee described Paris as “a fantastic creative talent” who would help “to drive our ambition in this core genre, where we are seeing strong demand both at home and internationally.”

Parish added: “It is an honour to be joining BBC Studios. BBC Studios’ history, scale and world-class distribution arm means it is uniquely positioned to be the most ambitious and diverse drama producer in the UK. With this platform, my aim is to champion new and existing talent that will deliver the very best shows for UK and international audiences.”

Parish’s appointment comes nearly a year since head of scripted Nick Betts revealed he would be stepping down, with Parish set to take on the drama side of his remit and Josh Cole overseeing comedy.

TBI understands the appointment does not affect other execs, including former Left Bank Pictures exec Radford Neville, who became BBCS’ head of production for drama series and serials in 2017. His remit is more focused on production management.