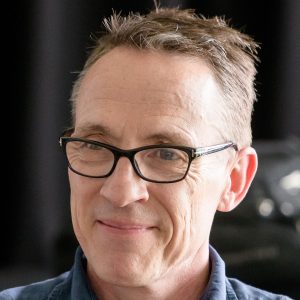 The program was launched in April and is intended to offer up-and-coming writers the opportunity to gain skills of penning TV drama and working on the BBC’s most successful continuing series.

The 13-week classroom period is led by Writers’ Academy head Yorke, who will work with the writers as they spend three months scripting broadcast episodes of Casualty, Holby City and EastEnders alongside other continuing drama.

Each graduate will leave with up to four scripts under their belt and have their services optioned by BBCS over the following two years.

Yorke said: “We arrived at our final eight, with no pre-conceived plan – the only criteria was excellence. It’s been thrilling to see not just a vast increase in female candidates, but a far greater percentage in the final stages than ever before. That seven of our eight students are female is an indication that something has shifted – and something very exciting is happening with the next generation of writers.”

BBCS’s Writers’ Academy, which will operate alongside the BBC Writersroom scheme, is the revamped version of the original BBC training course known as The Writers Academy, which ran from 2005 to 2013. The latter scheme includes the creators of Father Brown Rachel Flowerday and Tahsin Guner, Grantchester’s creator Daisy Coulam and Peter McKenna, who devised Red Rock.