Netflix has unveiled its first Belgian original series, a novel adaptation that has Narcos producer Jason George attached as showrunner and local duo Inti Calfat and Dirk Verheye (Over Water) onboard to direct.

Into The Night is a six-part series written and created by George, who also serves as executive producer. Entre Chien et Loup is producing, with Tomek Baginski (The Witcher) exec producing alongside Jacek Dukaj, whose novel The Old Axolotl the series is based upon.

The show will feature an international cast from Belgium, France, Germany, Italy, Poland, Russia, and Turkey, with the story exploring what happens when the sun inexplicably starts killing everything in its path. The show centers around the diverse passengers and crew of an overnight flight out of Brussels as they attempt to fly into the safety of darkness to survive. 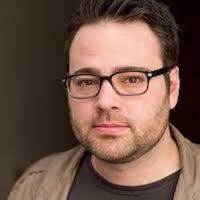 “Within this high-concept thriller, Into the Night asks a basic question that’s heard a lot these days: Can people still unite for the greater good — or will self-interests tear us apart?” said George.

“I was drawn to the idea that a commercial flight is a makeshift community, packing together strangers with different backgrounds and beliefs. Sometimes, this leads to the forming of friendships. Sometimes, it’s arguments over armrests.”

The show taps into the growing popularity of scripted series from the Benelux and will launch globally next year on Netflix, which has also greenlit South Korean drama Round Six.

Award-winning director Hwang Dong-hyuk (The Fortress) is onboard the series, which tells the story of a group of people who receive a mysterious invitation to participate in a survival game to win $10m. The game takes place at an unknown location, and the participants are locked up until there is a final winner, with contestants playing popular children’s games from the 1970s and 1980s.

Dong-hyuk won best screenplay at Blue Dragon Film Awards and is known outside of Korea for movie Miss Granny in 2014, with Round Six his first project with the streamer. A launch date has not yet been released.