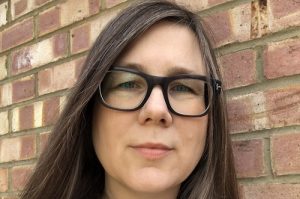 Recently launched UK producer Two Rivers Media has appointed the head of UK factual development at Wall to Wall Media to work across its unscripted programming.

Lucy Bacon (pictured) will become director of unscripted development at Two Rivers from 19 August, joining head of entertainment Mirella Breda and Mick McAvoy, head of factual, who were appointed earlier this year.

Bacon has most recently been overseeing factual development at Warner Bros. Television Production’s Wall to Wall where she has been since 2016, with credits on Twinstitute for BBC Two, Danny Dyer’s Right Royal Family for BBC One and The 100 Years Younger Experiment for ITV.

Before that she worked in development for BBC Productions and was behind series including The Hairy Bikers and Who’s the Boss for BBC Two. Prior to that, she spent time at UK prodcos Remarkable Television and Shine TV.

Two Rivers founder and CEO Alan Clements said: “Lucy is one of the most outstanding development leads in the UK. She has originated, developed and pitched a wealth of programme ideas, with much domestic and international success.

“She is also experienced in both returning series and working with SVoDs, areas in which we want to grow. We are in the process of creating one of the stand-out creative teams in the business and are delighted to have Lucy as part of it.”

Bacon, whose team includes head of factual development Lucy Hazzard, added: “I am really looking forward to growing the team and building a development powerhouse, creating stand-out ideas for the UK and international markets.”

Two Rivers was founded by Clements, the former director of content at Scotland’s STV Productions, earlier this year and is focused on factual, factual entertainment, entertainment and programming. The company is backed by Kew Media, Noble Grossart and the Channel 4 Growth Fund.