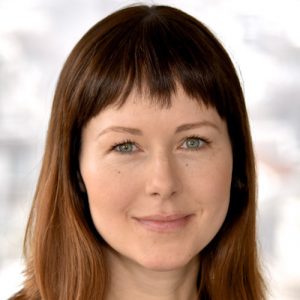 Gamsu has joined the X Factor and Punk distributor as VP of non-scripted content acquisitions, based out of Los Angeles, where he relocated last year as part of an expanded role with RASI.

Fremantle has also appointed Clark, who will be based in London and will work with the company’s creatives and develop further relationships with key independent producers.

As well as developing commercial strategies for content, she will source new content and work with producers to help them to retain IP and develop international commercial potential.

Before arriving at Fremantle, Clark worked at All3Media International, where she managed non-scripted acquisitions. Prior to that, she was part of the acquisitions and programming team at National Geographic Television International.

She said: “We’ve spent a lot of time developing our non-scripted pipeline and have been working with a number of really special producers to do that. With Harry and Céire on the bench, working with such brilliant producers, we know we bring something genuinely new and refreshing to the market.”

Fremantle holds relationships with non-scripted talent and producers including Jamie Oliver, Nigella Lawson and BBC Studios, among numerous others.