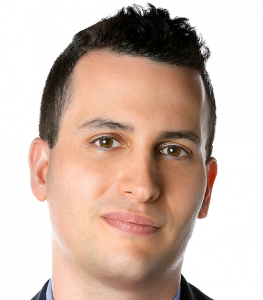 The Real Housewives of Orange County producer Evolution Media has promoted Alex Baskin to become president of the MGM-backed company, which has also hired a former Studio 71 executive to work across its development slate.

Baskin will work with fellow president Douglas Ross to lead the company, setting overall strategy and overseeing day-to-day operations and the development team, while also providing creative oversight of all shows.

He reports to MGM’s unscripted president Barry Poznick, having joined Evolution in 2006 and been an executive producer on more than 30 series.

Meanwhile, Rabih Gholam becomes exec VP of development, reporting into Baskin and responsible for creating and developing new projects. He joins from Studio 71, where he started the company’s unscripted division to develop content for talent on platforms including Facebook, The CW and Food Network.

Prior to that, he was exec VP at Ryan Seacrest Productions and worked on shows such as Becoming Us for ABC Family, I Love Kellie Pickler for CMT, and YouTube’s Best.Cover.Ever.

“As Evolution Media continues to grow and produce outstanding content, it is essential to have leaders in place that have the experience and mind for strategy that will propel the company to even greater heights,” said Poznick. “With Alex and his partner, Douglas Ross, continuing to steer the ship and with the recent hire of Rabih, an experienced, smart and focused executive, there is nowhere for this team to go but up.”

Evolution is behind shows including Vanderpump Rules, Botched and The Real Housewives of Orange County, as well as recent launch The Hills: New Beginnings for MTV.