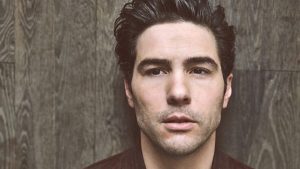 BBC One in the UK has commissioned a true-life drama from Poldark producer Mammoth Screen that explores how an elusive murderer operating on the Hippie Trail was caught and brought to trial, with Netflix onboard as a co-production partner.

The Serpent is set in the 1970s and is being written by Ripper Street duo Richard Warlow and Toby Finlay, with Tom Shankland (Les Miserables) attached to direct.

The story follows a diplomat as he chases suspect Charles Sobhraj around the world, after a series of unsolved murders involving young Western travellers on the Hippie Trail in India, Thailand and Nepal. French actor Tahar Rahim (The Looming Tower, A Prophet) will star as Sobhraj.

ITV Studios-backed Mammoth Screen, which is also behind forthcoming BBC drama World On Fire, is behind the eight-part limited series with Richard Warlow, Shankland, Preethi Mavahalli and Damien Timmer exec producing. Lucy Richer is attached for the BBC and Carolyn Newman for Netflix.

Piers Wenger, controller of BBC Drama, said: “We are delighted to have the brilliant Tahar Rahim play our leading man in The Serpent and for him to unravel Sobhraj’s dark web of deceit, crime and murder in this fascinating true story for BBC One.”

Brian Pearson, VP of content acquisition at Netflix, added: “We’re excited to grow our partnership with the BBC alongside Mammoth Screen and bring this gripping story led by the brilliant Tahar Rahim to our members around the world.”

The series will premiere on BBC One in the UK and on Netflix outside of the UK, with ITV Studios Global Entertainment overseeing the deal.

It also marks another addition to the raft of BBC-Netflix co-productions, joining shows such as Watership Down, Black Earth Rising and Giri/Haji. Some execs had raised concerns that the streaming giant would pull back from co-producing with the public broadcaster, while others – including BBC chief Tony Hall – have repeatedly raised concerns that US-based OTT operators should be more tightly regulated.