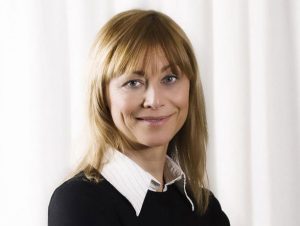 Utmark (aka Wilderness) has been created and written by Kim Fupz Aakeson (A Somewhat Gentle Man), with Finn Gjerdrum and Stein Kvae at Paradox producing.

The show, described as “a quirky comedy drama,” is set in a small Norwegian town and follows an optimistic new school teacher whose arrival causes upheaval in the community.

Hanne Palmquist, commissioning editor and VP of original programming at HBO Nordic, said the series would feature “an original bunch of flawed yet wonderful characters living in a far-flung place where civilisation is a choice rather than a given.” She described the show as “bold, at times totally hilarious – and human all the way.”

Antony Root, exec VP of programming and production at HBO Europe, added: “Wilderness draws you into its unique world from the very start, so wonderfully drawn are the characters and story from the imagination of Kim Fupz.

“The creative team perfectly reflects our ambition to work with the finest talent from the region on series that are authored, authentic and stand-out from the crowd.”

Shooting begins this summer in Norway, with Palmquist, Root and Steve Matthews exec producing for HBO Europe. The show will premiere day-and-date across HBO Europe territories and joins HBO Europe’s other Nordic shows Gösta, Beforeigners and the adaptation of Frederik Backman’s Beartown, directed by Peter Grönlund.

Fupz Aakeson has previously been behind movies including Cold Pursuit and has written more than 100 novels, while Kári’s slate ranges from debut feature Noi the Albino to Dark Horse.

Earlier this year WarnerMedia boss John Stankey refuted suggestions that its HBO Europe business was up for sale, labelling reports as “completely baseless and inaccurate.” Stankey added that WarnerMedia parent AT&T considered HBO Europe to be a “valuable asset” in its growth plans in Europe.