Discovery brings HGTV to the UK 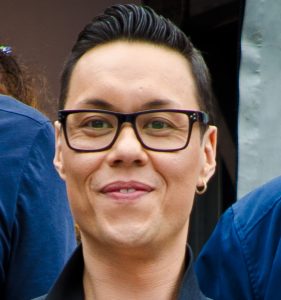 Discovery is to launch its home renovation network HGTV into the UK and will reboot Channel 4 show How to Look Good Naked for its Really network in the country.

Discovery’s UK network Home will be rebranded as HGTV, one of the channel brands acquired by the company as part of its $14.6bn deal for US cabler Scripps Networks Interactive completed last year.

The channel, which offers programming on home remodelling, interiors and decorating, is one of Discovery’s most popular channel brands in the US and a major cable rater.

Meanwhile, UK producer Maverick TV is to produce a 6 x 60-minute version of How To Look Good Naked, which first aired on Channel 4 in the UK a decade ago. It will again be hosted by UK fashionista Gok Wan, who helped reveal the news at Discovery’s Summer Upfront in London on Wednesday (26 June).

The show was commissioned by Clare Laycock, Discovery UK’s VP and head of lifestyle and entertainment, and marks the first order for Really since it became wholly owned by the US broadcaster following the splitting up of UKTV channels with BBC Studios.

Elsewhere, Discovery’s free-to-air UK channel Quest Red has ordered ob-doc show Being Reuben, which is being produced by UK-based Ricochet. The series follows a young Welsh YouTube star and his family as they juggle the demands of his celebrity career with everyday life.

Execs including Kathleen Finch, the former Scripps boss who is now chief lifestyle brands officer at Discovery, and Kasia Kieli, its president and managing director in EMEA, were on hand at the event to talk up the company’s offerings.

Kieli said the addition of Scripps had given Discovery “additional momentum” and claimed that Discovery now reached more than 300m viewers each month across Europe.

James Gibbons, EVP and GM for Discovery in the UK, Ireland, Australia and New Zealand, added that the acquisition of UKTV channels Really, Home and Food in the UK “enable us to deliver scale, which has become so vital in the fragmented and disrupted media world.”