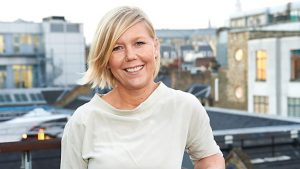 BBC Studios Productions has hired Lisa McCormack as director of production for its Entertainment & Music division, which makes shows including Strictly Come Dancing, Later… with Jools Holland, Eurovision and Glastonbury.

McCormack joins from Whizz Kid Entertainment, where she was also head of production working on titles including Ex on the Beach, Lip Sync Battle UK, the BAFTA Film and Television Awards and Let’s Dance for Comic Relief. She secured co-funding and distribution deals and also managed the legal and business affairs team.

Reporting into Lamb, McCormack will help deliver the business and commercial strategy for the division and lead the production and business teams in developing, securing and delivering commissions.

Before joining Whizz Kid Entertainment in 2010, McCormack worked for MTV Networks International in a variety of roles. She began her career as a production coordinator/manager with Hewland International.