Latman named as president of HGTV 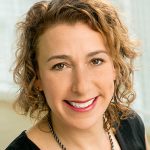 Jane Latman has been promoted to president of Discovery’s HGTV channel.

Latman was most recently general manager of Discovery’s Travel Channel and Destination America, and executive VP of development and research for Discovery’s ID and and American Heroes Channel.

She takes over from Allison Page, who was appointed earlier this month to head Discovery’s new content venture with HGTV stars Chip and Joanna Gaines.

In her new role, Latman will oversee all programming, development, and overall strategy and operations for HGTV.

“Jane understands how to grab and hold viewers’ attention, as evidenced by her tremendous track record of success with Investigation Discovery and, most recently as General Manager of Travel Channel,” said Kathleen Finch, chief lifestyle brands officer at Discovery, to whom Latman will report.

Latman will relocate from Silver Spring, Maryland to New York later this year.