Sports streamers: a long road ahead 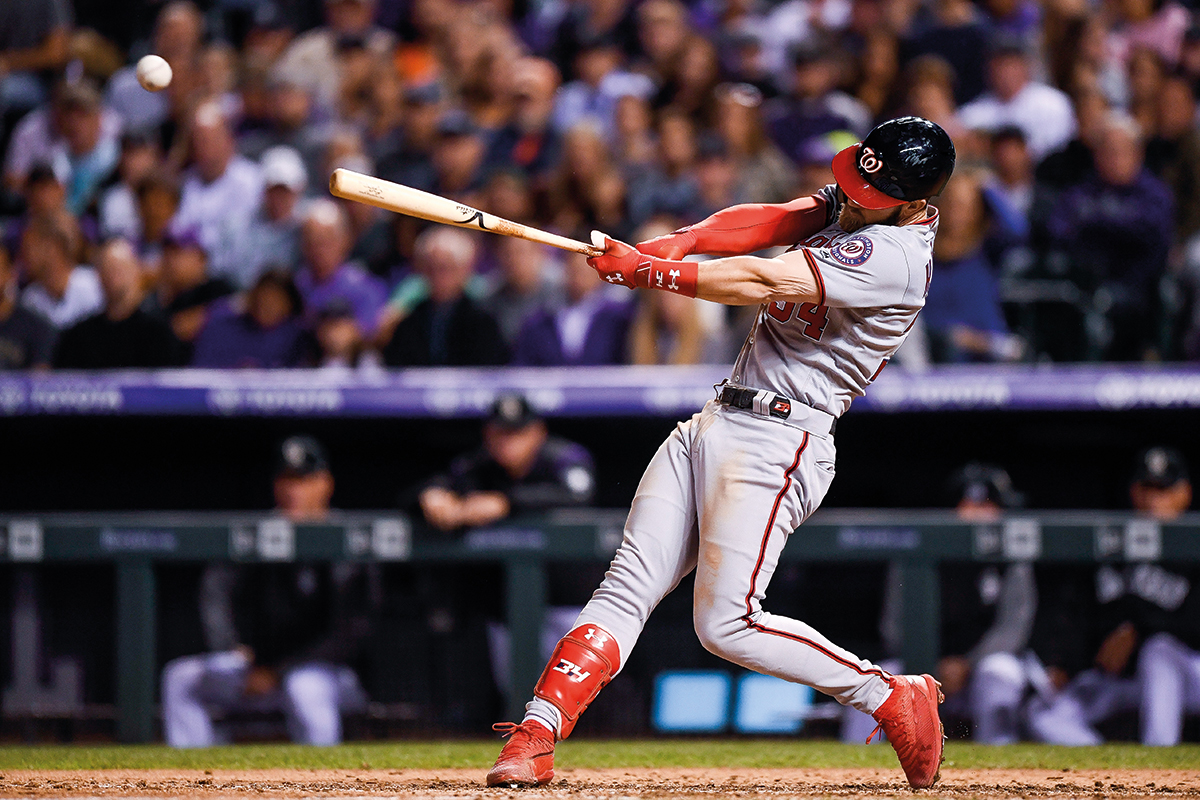 As new sports streaming services such as DAZN and Eleven Sports aggressively seek out rights and push traditional players to innovate, how is the market responding and measuring success? Ross Biddiscombe investigates

It is a time of immense disruption in the sports streaming market. Almost every day there is either more content being made available by rights holders, online services are rolling out in more countries, or broadcast deals are showing increasing signs of splitting across multiple delivery platforms.

Most analysts agree it’s a time of experimentation for sports apps and online streaming of live sporting events. All the activity among pioneers in the market such as DAZN and Eleven Sports and established broadcasters ranging from CBS and ESPN in the US to Sky in Europe means players are still discovering what works and what doesn’t. Meanwhile, many sports league, event and tournament owners are starting to look at how to develop their own streaming services to cut out the middle man.

But there has been no real breakthrough moment in sports streaming, according to Julian Aquilina, research analyst at Enders Analysis, because the economics at the top end of the market are so difficult.

“There are still lots of challenges and domestic broadcasting rights for popular sports like football remain very expensive, especially for new players in this arena, so there is still a lot of learning going on,” he says.

Despite successes such as ESPN+ recently breaking the 2m subscription mark, sports TV analysts such as Stephen Nuttall agree there is a long road ahead.

“ESPN+ has every right to shout about their numbers,” says Nuttall, “but from the public numbers available and those rumoured, it seems no one is crushing it in terms of subscribers. While 50,000, 500,000 or even 1m may be good news for many services, no one is close to 10m, which would be around 10% of Netflix numbers.”

However, the smart players in the market are making progress. DAZN has been among the most impressive, setting up shop in nine countries in less than three years and with properties including not only top level football – Champions League, English Premier League (EPL) and Serie A – but also more than a dozen other sports from boxing to volleyball.

DAZN has set the pattern by being opportunistic and using data to hunt for out-of-market rights in countries where there are enough “superfans” willing to buy a subscription for their beloved sport. So, for example, taking live EPL football to Japan or darts to the US makes good business sense.

“New players like DAZN are finding available rights, usually in non-domestic territories, where the costs are manageable and the fans are extremely hungry for that particular sport,” says Ampere Analysis executive director Richard Broughton.

“The data can confirm if these are low-risk bets or not, and whether there are enough subscribers willing to pay for it.”

DAZN’s strategy is to serve all sports fans in their markets both with major rights and those with a local relevance and audience. A key criteria is that traditional broadcasters are not providing these sports, usually because of a lack of space on their linear channels.

Matthew Drew, EVP of rights at DAZN, says: “Our evolving data analysis capability allows us to understand markets better, in terms of where fans are and what they want to watch.

“It’s the great advantage of a multi-sport OTT provider that we have deep and accurate data on what people are watching, as well as when, how and in what combinations. That helps us to constantly improve our offering as our subscriber base and rights portfolio both grow and develop.”

But although this formula for streaming deals is emerging, the need to experiment is still a necessary strategy – and one that includes partnerships with traditional broadcasters. 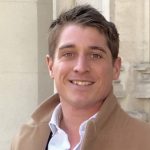 “It’s the great advantage of a multi-sport OTT provider that we have deep and accurate data on what people are watching, as well as when, how and in what combinations. That helps us to constantly improve our offering as our subscriber base and rights portfolio both grow and develop.” Matthew Drew, DAZN

DAZN sees an advantage in making its service available on Sky’s European pay-TV platforms in Germany and Italy, a tactic that raises its profile and increases its audience numbers. Of course, Sky takes a small percentage of any of the subscription money it helps to create for DAZN, but the trade-off works for both parties.

Elsewhere, Eleven Sports has distribution partners in Portugal – with local telco Nowo – and Poland, where Polsat agreed to buy a 51% share in Eleven Sports Poland for e38m ($43m) last May.

“These pay-TV deals are a main revenue stream for Eleven,” says Broughton. “The streaming services aren’t doing these kinds of partnership deals in more mature markets, but where there are three or four sports pay-TV providers, then this can work.”

The traditional sports TV broadcasters – either ad-funded or subscription-based – in the mature markets may have all their major event rights tied up amid a need to draw linear audiences, but they are also making their own push into streaming.

CBS boasted that its OTT audience for this year’s Super Bowl was 2.2m, a figure that combined audiences on CBSSports.com, the CBS Sports app, CBS All Access and other partner platforms – and a 31% rise over 2018.

In contrast, the Super Bowl’s regular TV viewing figures were the lowest in a decade, down to 98m from a peak of 114m in 2015.

Meanwhile, US broadcaster Fox is partnering with Twitter to share video content of this summer’s FIFA Women’s World Cup. Fox will post every goal of the tournament on its Twitter feed and a daily live show will be streamed exclusively on the social media platform featuring match previews, recaps, highlights, guest appearances and a review of some of the best tweets about the action.

The deal is similar to how Fox and Twitter worked together during the 2018 FIFA World Cup last year.

“The US can be a very profitable market for streaming,” says Ampere Analysis analyst Alexios Dimitropoulos. “Just to get 1% of the whole audience is enough for niche sports without big TV rights deals.” Perhaps the most interesting moves being made in the streaming space are those of rights holders themselves.

Although sports leagues such as the NFL, NBA and Major League Baseball (MLB) in the US have all developed strong OTT offerings, the news from Europe that UEFA will be siphoning off some football content this summer to its own online platform for the first time has raised eyebrows.

With Champions League rights not available until 2021, the initial UEFA streaming content may only be youth or women’s matches, but UEFA secretary general Theodore Theodoridis says that including some flagship competitions is a future possibility. 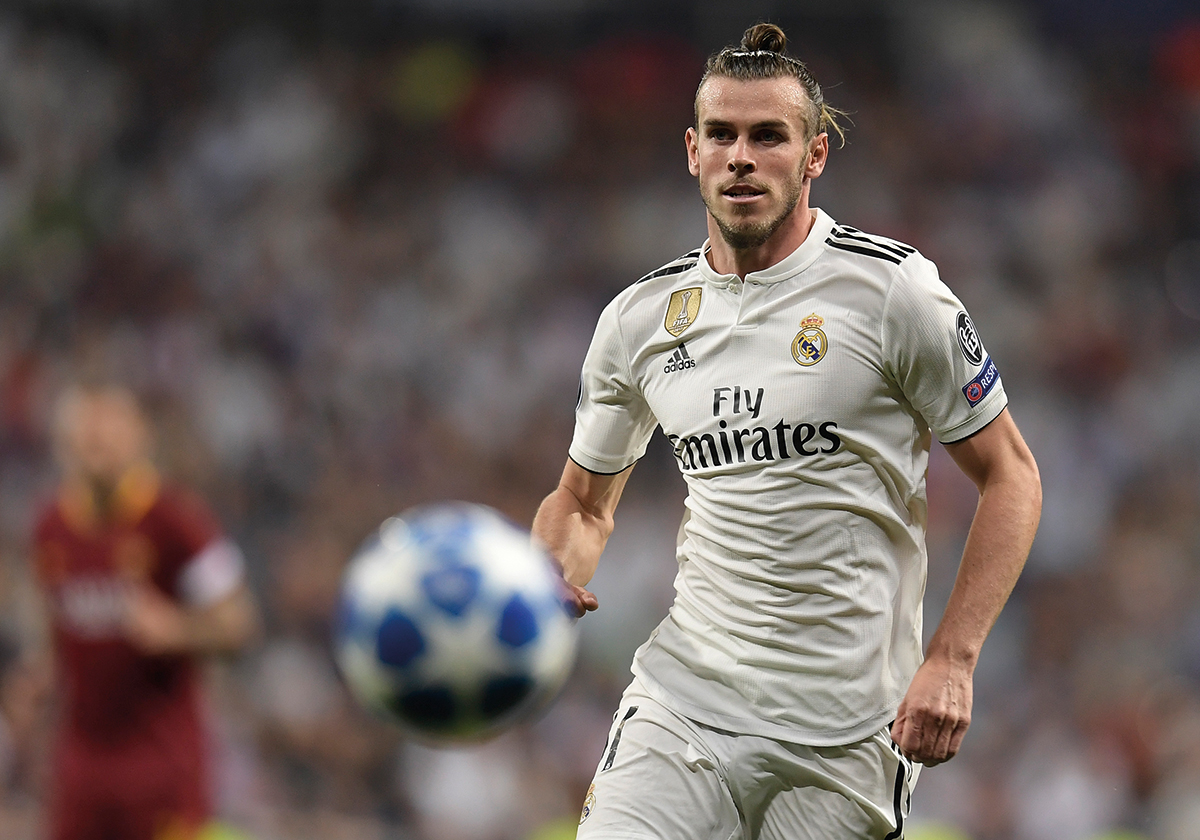 “We have to be ready for the future,” he says, “and, as of 2021, where our current rights expire, together with the clubs, we will see the possibility of having some premium live matches in certain territories.”

For industry observers, UEFA’s plans are telling because top-quality football is subscription catnip in so many markets.

“UEFA is following a US-led trail here, but other sports leagues will definitely look hard at what they do because football has the biggest territorial spread of fans,” says Nuttall. “If it’s well-executed, then it will make things very interesting.”

Elsewhere in football, Italy’s Serie A has been the most aggressive of the three major European leagues in the streaming market. DAZN has live and on-demand Serie A rights in Italy itself, and is streaming select matches on YouTube and Facebook as part of a ‘free-to-air’ strategy in Brazil before the platform officially launches there in April.

Spain’s La Liga is streamed abroad and has just agreed for all matches from the second tier, Segunda Division, to be available live and for free on YouTube with English commentary in more than 155 countries from this season.

The EPL is also streamed outside of the UK and there has been media speculation that the richest European football league, which pocketed £5.1bn ($6.7bn) in its last rights auction from domestic pay-TV broadcasters, is considering its options to launch its own streaming service.

Yet, streaming services are not stopping at simply finding a fresh international market for their newly acquired sports rights. These subscribers need to be retained with online viewing innovation.

This year, while DAZN has announced a four-screen multi-view offering and ESPN+ has added a personalised content feature, it is NBA games that have led the technical breakthroughs.

“Offering technical viewing improvements will help keep subscriptions, and they are relatively cheap to produce,” says Dimitropoulos. “Plus, superfans love to personalise their experience. The NBA puts fun emojis on screen after a score and even a flaming number ‘3’ after a three-pointer. The next step for streaming services will be augmented reality during live games.”

However, there are still some potholes in the road ahead for streaming services and rights holders looking for online deals.

“Big football leagues and tournaments are concerned by the dip in cricket and baseball viewing audiences, which has led to lower participation levels,” says Dimitropoulos. “They don’t want their sport to end up like that. But it’s a fine balance because they also want to push up their rights fees in the short term.”

Other analysts point to subscription fatigue, even for super fans, and then there is the question of bandwidth, – a problem that some streaming services have already suffered.

“The streaming services will claim that any reliability issues are a short-term challenge and all part of the learning process,” says Aquilina.

“Online, there is an element of first-mover advantage, but while superfans may be pleased to get access to this content at a lower price, the quality of these services will have to improve in order to keep customers renewing,” he concluded.