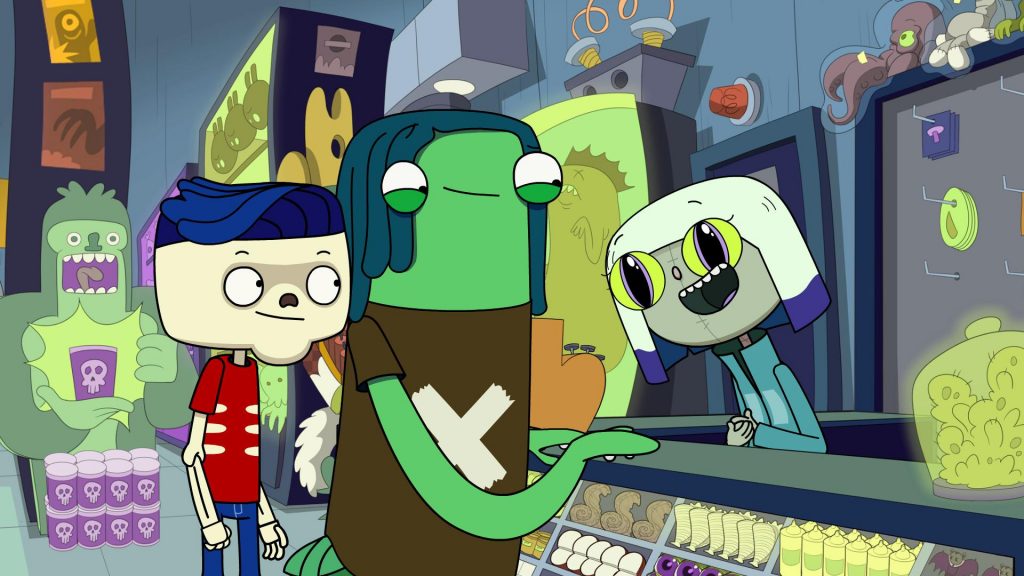 Portfolio Entertainment has struck a streaming deal with Netflix that will see it place preschool series The Cat In The Hat Know A Lot About That! and Freaktown on the platform.

The Cat In The Hat.. is a 40 x 30-minute series produced by Portfolio in association with PBS Kids and with the support for CMF and the Shaw Rocket Fund.

It features Dr. Seuss’ eponymous cat as he takes his curious young proteges, Nick and Sally, on extraordinary adventures into the natural world.

Netflix will stream the whimsical tales of The Cat In The Hat in 135 countries, including the UK, Italy, France, Australia, New Zealand, Spain, Portugal, the Nordics, Latin America and the MENA region.

Freaktown, which was produced by Portfolio Entertainment for Teletoon in Canada and supported by CMF and the Shaw Rocket Fund, invites kids to join best friends Ben Bones (a skeleton with soul) and Lenny (a laid back mutant mantis) on madcap adventures in their hometown, a place where ghouls, mutants, misfits and oddities of every sort are welcome.

Ben and his pals will be streaming to Netflix audiences in Spain and Portugal.

“The enduring quality and audience demand for these properties is evident with today’s announcement,” says Donnie MacIntyre, Portfolio’s VP of sales and business development. “We couldn’t be happier to be partnering with Netflix to bring these adventures to kids of all ages around the world.”

Leslie Lee has been named vice president of kids content, overseeing Cartoon Network, Boomerang and Pogo networks in Asia Pacific and assumes his role this week.

Based in Singapore, his responsibilities include the programming, operations, brand and franchise management, as well as the content direction for the three brands.

Lee has more than two decades’ experience and expertise in the entertainment industry across numerous Asian markets. This includes 19 years on kids brands working on both linear TV and digital aspects of the business.

His career includes spells at MediaCorp, Viacom and he was most recently executive director of Media Networks at Disney Southeast Asia – a company he joined in 2007.

Ricky Ow, president of Turner Asia Pacific, said: “It’s rare to meet someone quite so passionate about kids content and Leslie is a great addition to our regional management team. I’m looking forward to Leslie bringing his experience, fresh perspective and new ideas to help us to grow our leadership position in the Kids space.”

Ilya Krivitsky, CEO Red Square Media Group said: “We are very excited about our partnership with DQ Entertainment and signing a coproduction deal for The Jungle Book and Toadlly Awesome brands.

“With this partnership we intend to work together with DQE to produce global TV series and feature films as our future strategy. Our next step is to bring Latin America and Chinese partners on board.”

Tapass Chakravarti, CEO DQE Group added: “We are thrilled to be working alongside the Red Square team to co-produce the new TV series and a feature film for the global audience and I hope we go on to form a great partnership in all our future animated brands going forward.”