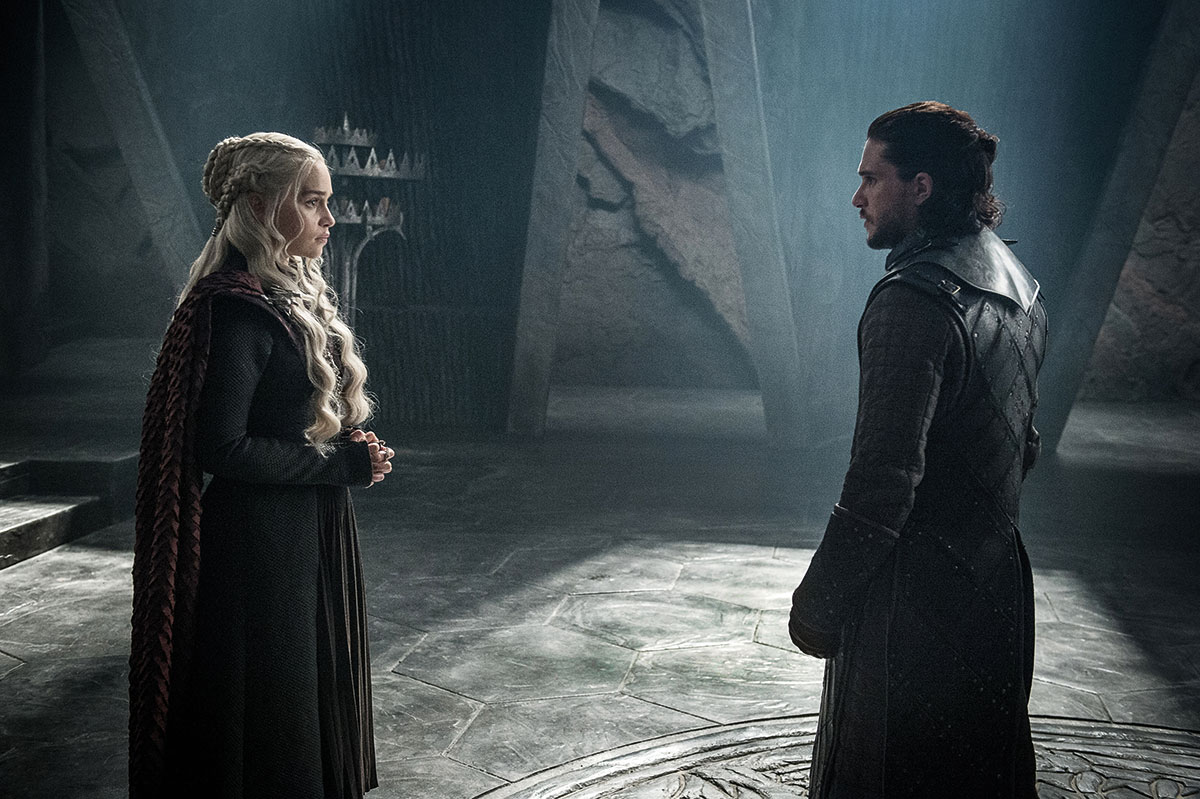 Hollywood is facing some of the most drastic executive restructuring it has ever encountered, with regime changes at Disney and NBCUniversal setting the scene for the industry’s next SVOD-focused chapter. Manori Ravindran reports on why content, and not digital, execs are getting the top jobs

As Hollywood digs itself out of a seismic 18-month period that has upended the US media landscape, a game of executive musical chairs is spurring “crazy changes” in which content titans are coming out on top.

The regime changes underway in the US are unmatched, with long-standing leadership shifting virtually overnight as businesses shake out on the back of Disney’s now completed $71bn deal for Fox and telco AT&T’s $80bn purchase of WarnerMedia.

HBO, home of Game Of Thrones and the crown jewel of WarnerMedia, has seen a stunning mass exodus of execs including 27-year veteran Richard Plepler, who famously locked horns with new AT&T leadership; while both NBC Entertainment and Fox have seen top brass such as Bob Greenblatt and Dana Walden depart – the former to run WarnerMedia and the latter to serve as chairman of ABC Entertainment and Disney Television Studios.

While it was once believed that Disney and WarnerMedia would poach digital-savvy execs from the likes of Netflix and Amazon, these businesses – all of which are now significantly advanced in plotting their own streaming plays – have in fact populated top leadership by cherry-picking the brightest talent from content-focused, traditional media companies.

“At the end of the day, it will all be about the content on services such as Disney+ and WarnerMedia’s SVOD,” Matthew Velkes, COO of Homecoming and True Detective producer and indie studio Anonymous Content, tells TBI.

“People will argue about what’s more important, content or distribution, but ultimately, you want people to watch your shows, so it’s not overly surprising that you’re relying on execs who have traditionally provided the creative support to do that.” 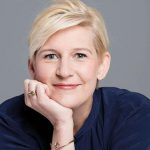 “Whereas Amazon, Netflix or Hulu can have shows that people don’t watch and they can just cancel them, that was never the case at HBO. It’s very obvious when a show doesn’t work creatively, and you really need to try and avoid it”
Sue Naegle, Annapurna Pictures

One high-level exec from a major US studio tells TBI: “Those appointments are, to me, an acknowledgement that there is something in a career where someone has worked with creators and content as opposed to coming from a more Silicon Valley-oriented mindset or background.”

Indeed, it’s telling that even Netflix’s most high-profile hire in the last year has been, effectively, a traditional content exec.

Former ABC Entertainment president Channing Dungey, who oversaw heavy-hitting Shonda Rhimes titles such as Scandal and How To Get Away With Murder for the network, joined the global SVOD late last year to serve as VP of original series under Cindy Holland.

Similarly, Greenblatt started his career at Fox, developing shows such as Melrose Place and The X-Files before stepping into producing, becoming EP on critically acclaimed drama Six Feet Under. He then served as president of Showtime from 2003 to 2010 before taking the reins at NBC Entertainment in 2011.

At WarnerMedia, Greenblatt will oversee the business’s forthcoming OTT proposition as well as HBO, TNT, TBS, Cartoon Network and other channels.

“He’s produced, worked at studios and networks, he’s really good with creators and he’s a Broadway producer. In a lot of ways, he’s an artist. He’ll be fine.”

Naegle, who is charged with bolstering Annapurna’s TV efforts, adds that having a digital or linear background matters less than understanding the types of programming that streaming or premium services need in order to grow. “And, traditionally, those have not been broadcast shows at all,” she says.

“However, if you have a broadcast background but you understand the difference, you’ll do really well.”

What’s in store for HBO?

While all eyes will be on Greenblatt to see how he steers WarnerMedia’s three-tiered streamer, his direction of HBO will also be closely scrutinised, particularly with Plepler, long-time bastion of the channel’s premium brand, now out of the picture.

Naegle, the one-time president of HBO Entertainment who helped usher in projects such as Game Of Thrones and Girls, remains close with her ex-colleagues at the business, which she left in 2013, and says she “roots for them every day”.

However, one of the enduring challenges for the channel, she says, is that “there’s always been just one night to program – Sunday night”.

With new parent company AT&T keen to expand the volume of HBO’s content offerings, Naegle says “the ability to do more than one night is exciting”.

But the former agent is quick to warn that there is “no margin of error in place at HBO”.

“Whereas Amazon, Netflix or Hulu can have shows that people don’t watch and they can just cancel them, that was never the case at HBO. It’s very obvious when a show isn’t reviewed favourably, isn’t endorsed by audiences or doesn’t work creatively, and you really need to try and avoid it,” she explains.

“I’m excited for them to have more space. I trust them because they’re so good that they know the rate at which they can expand and still keep that quality.”

Similarly, another high-ranking studio exec adds that not diluting the HBO brand will be key. “If they’re going to be forced to make 50 shows, that could happen. It’s hard to make 10 great shows, let alone 50 great shows.” 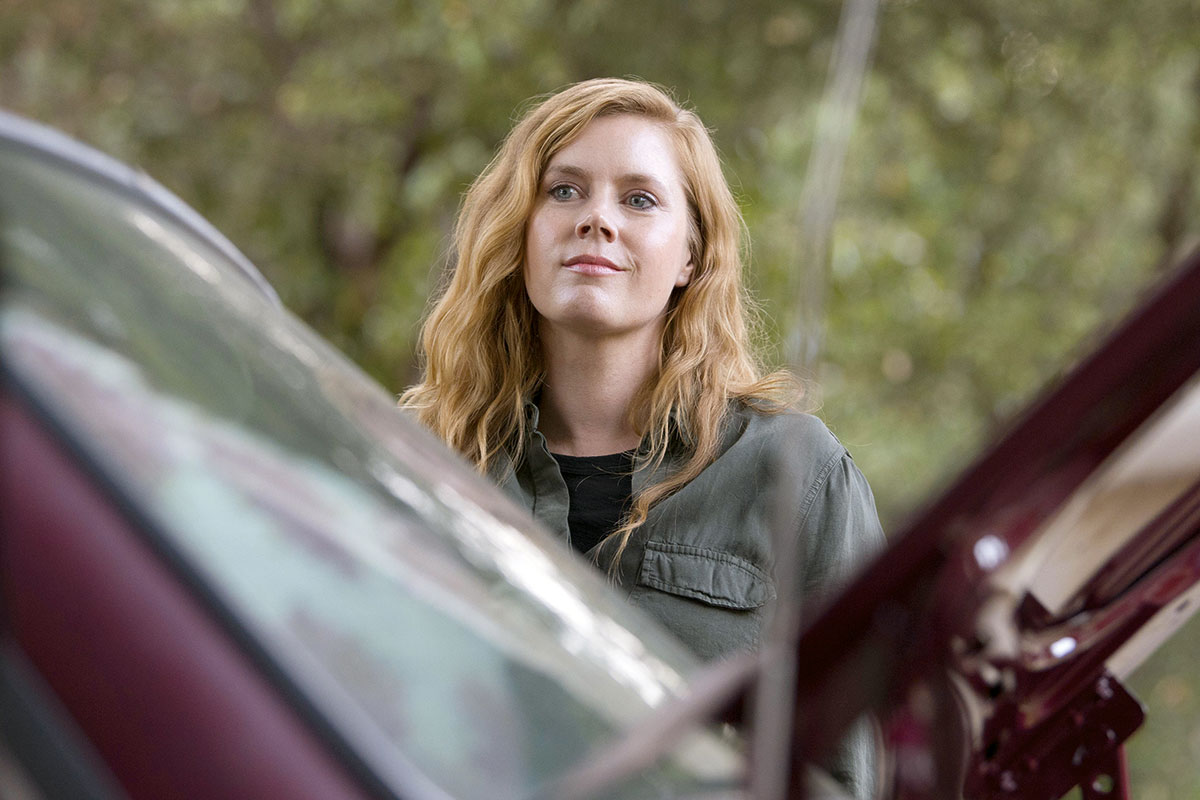 Peter Micelli, chief strategy officer for film and television at Sharp Objects (above) and Designated Survivor studio Entertainment One (eOne), says he spoke with Plepler last month following his departure from the channel.

“He was lovely and he had an incredible run at HBO,” he says. “It was the right time for him to part ways. For him, it [was no longer] the position he had for all those years. It was time for him to try something new.”

Micelli served as an agent and co-head of TV at Creative Artists Agency (CAA) prior to joining eOne, representing such creatives as Damon Lindelof, Jon Favreau and Jenji Kohan.

He warns that the “best leaders of all these media companies going forward will have a strong desire to work tech and innovation into all their future plans”.

At eOne, a new platforms and strategic partnerships division has been created specifically to engage with new buyers.

“We have a team of people who, on a daily basis, discuss who the new buyers are, the interesting tech reaching masses, and how we can help them get into an original content strategy. Because tech is always going to change distribution – it’s an unstoppable force.”

He highlights that execs such as Greenblatt will need to harness tech and understand its intersections with content in a significant way going forward. 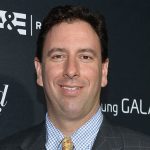 “Hollywood has been, in essence, bought out by tech companies”
Peter Micelli, eOne

“Hollywood has been, in essence, bought out by tech companies. Comcast is a big broadband company and they own Universal, while AT&T is a telco that now owns Warner Bros. And then you have Apple, Amazon, Facebook and YouTube, which are all having a massive impact in entertainment,” he says.

The exec reasons that Netflix and Disney-Fox are the last remaining “pure-play entertainment businesses”. While the former is a tech company, “at its core, it is actually purer than most of the studios because all it cares about is making great stuff and having you pay for that great stuff.”

“While before it was ‘make great shows and movies and monetise them’, for the first time in the history of entertainment, there are all these other businesses benefiting from the content.

Keeping pace with Apple and AVOD

Anonymous Content COO Matthew Velkes reveals that despite having three shows in production for Apple TV+, the business was in the dark throughout the entire process around where, exactly, the shows would be distributed.

When asked how it felt to deliver programming in such circumstances, the exec says “it’s a lot, to be honest, not knowing how they’d get distributed, and the fact that we’ve committed a lot of time and effort to these shows. I’m sure the talent was as anxious as we were.

“But knowing the ubiquity of Apple devices all over the world, we felt pretty confident that a large part of the global population will be able to see it.”

Meanwhile, eOne’s Micelli is more enthusiastic than some about NBCUniversal’s AVOD plans, noting that he “believes deeply” in free, ad-supported content.

“I don’t see a world in which it doesn’t have a place. I think there are too many subscriptions right now for AVOD not to have a chance. Younger people coming up appreciate free.”
He adds that addressable advertising will be a major gamechanger. “This tech will help us target the kinds of commercials you see in your programming, with things you’ll actually want to see and things you need. There are too many brands that have too deep a pocket to keep them out. AVOD has a huge future.”