Making a physical gameshow for Netflix 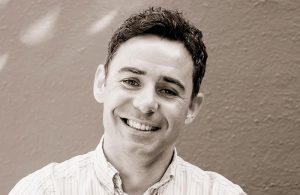 Kieran Doherty joint-MD of Stellify Media, producers of Blind Date and Who Wants To Be A Millionaire?, explains how the Sony-backed prodco scored a gameshow commission with Netflix.

It all started when Stellify joint-MD Matt Worthy had an idea for a gameshow where you are not allowed to move – and if you do move, something terrible happens to you.

That was enough of a hook for us to decide to make a taster tape for Flinch. Tom Popay [head of development, Stellify Media] pulled together an amazing team and filmed it in Matt’s barn, and because everyone in the sizzle is a friend of the company, it meant we could get away with doing the most unspeakable things to them. The craic was great. If I close my eyes, I can still hear their screams.

A few weeks later, Wayne Garvie, president of international production at Sony Pictures Television, called and asked if we had anything to pitch Netflix. He told us we’d have about 20 minutes to pitch our ideas. I think I was actually watching the tape when he called. We decided to only pitch Flinch.

A couple of weeks later, we were commissioned. Straight to series. Ten episodes. Go. It was as quick and painless as that.

Making a show for Netflix was unlike anything we’d ever experienced before. All the usual rules go out the window instantly. There is no time slot. There is no hard and fast episode duration. There is no pre or post-watershed. There isn’t even a transmission date. It’s at once liberating and slightly terrifying. Thankfully, our commissioner Nat Grouille had seen this panic in the eyes of a producer before and patiently explained the only thing that mattered was the content: make it like the sizzle was the mantra.

“ Wayne Garvie called and asked if we had anything to pitch Netflix. He told us we’d have about 20 minutes to pitch our ideas. A couple of weeks later, we were commissioned. Straight to series. Ten episodes. Go. It was as quick and painless as that.”

We set ourselves an unbreakable rule: the games should not require elaborate explanation. A wide shot should tell us everything we need to know. Our producer Paddy McKenna had a test to determine this – if he walked past your seat on an airplane and the show was playing on your iPad, would he understand what was going on from the tiniest of glimpses and with no sound? If the answer was no, the game wasn’t for us.

Once we’d settled on the games we hired a comic book artist called PJ Holden to storyboard them. We did this primarily as a way of visually pitching the games to Netflix, but these drawings also served as a great resource for the crew and our fearless games director Joe Campo, who used the drawings as a guide when it came to shooting.

We shot in an abandoned farm in the middle of the Northern Irish countryside during the summer, so as you can imagine, it was absolutely freezing. The production crew were indefatigable. Our three hosts – Llyod Griffiths, Desiree Burch and Seann Walsh – were fantastic. And our cast of contributors were brilliant sports, even when we were torturing them for our own amusement.

The edit was another new experience. When there is no hard duration to stick to, you really can make the best version of your show. Like I said before, this was liberating but also terrifying. Are we too long? Are we too short? I don’t think any two episodes are the same length. When Netflix says it’s all about the content and nothing else matters – they really mean it.