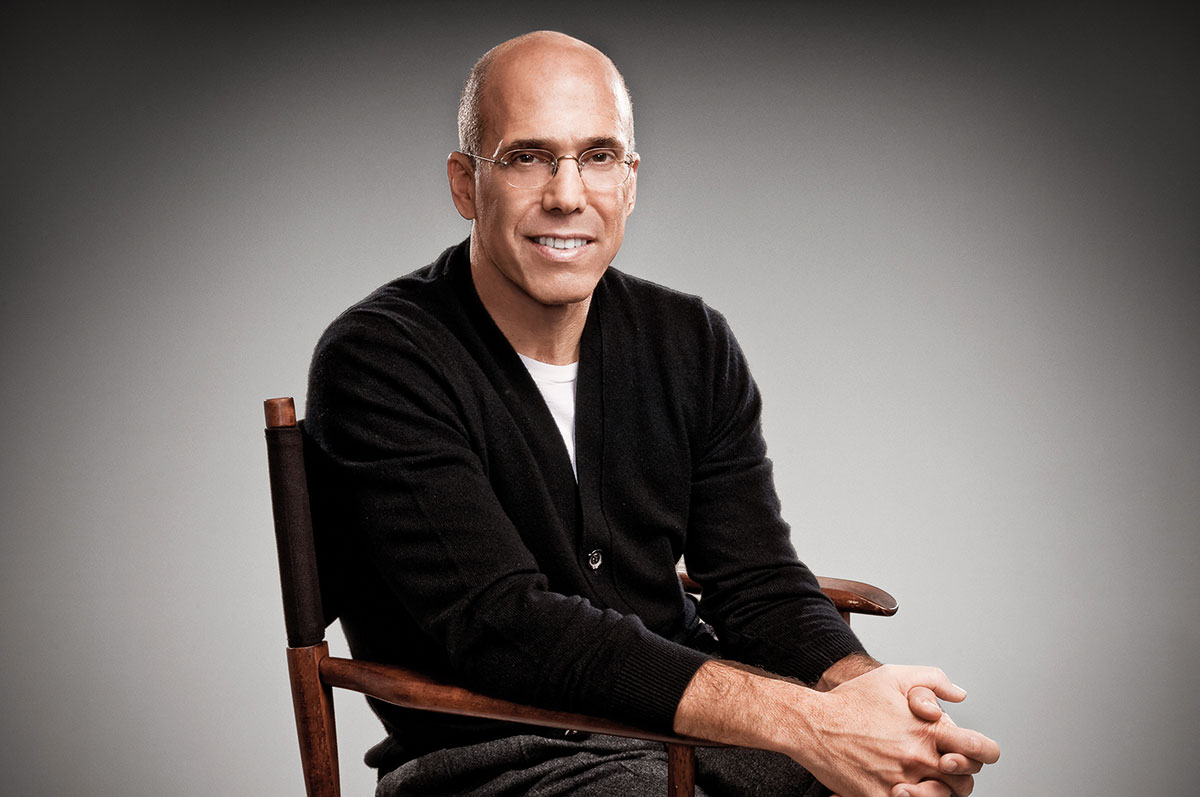 Jeffrey Katzenberg is the superstar Disney alum who has built a 30-year reputation for the quality of his work as a film executive, producer and media proprietor – and now he’s taking on short-form. He speaks to Kaltrina Bylykbashi about why his work on premium platform Quibi may be his most enduring yet

Quibi was introduced to the world in 2018 as Katzenberg’s premium short-form platform, which convinced 10 major entertainment studios, including Disney, Warner and NBC, to invest $1bn in initial funding, but according to exec the platform has been 20 years in the works.

While Katzenberg led the team at DreamWorks Animation in 1999, a studio he co-founded and eventually sold to Comcast for $3.6bn in 2016, he started a company called Pop.com with business partners Steven Spielberg and Ron Howard. The premise behind the venture may sound familiar: they planned to make short-form content under 10 minutes long, at high quality and to monetise it on the Internet.

“It was an idea that was a good two decades ahead of its time,” admits Katzenberg. The venture failed before launch, but the exec says it was a good education and experiment on how he could build a short-form platform that would broadcast a mix of animated and live-action short films online. The trio even managed to produce a selection of shorts, a couple of which were directed by Howard himself, which were never made available to consumers.

Fast-forward to 2012 and Katzenberg had his second life-changing encounter with short-form when he met Brian Robins, who had just started a now well-known youth-skewing YouTube channel named AwesomenessTV. Robins created long-form stories that could be told in multiple chapters, according to Katzenberg, and it wasn’t long before DreamWorks acquired it.

“We continued to build that company out and it was enjoying some pretty great success and had some great investments from Hearst and Verizon as strategic partners. In a very short period of time, the value of AwesomenessTV, which we bought for $33m, skyrocketed to $650m and I think that was an eye-opener for us and everybody else,” he says.

This was the period in which the exec says he really began thinking about building a premium service focused on what today is considered short-form content. By 2016, Katzenberg sold DreamWorks and started WndrCo – a holding company to incubate and buy controlling stakes and whole companies. Here, Katzenberg says Quibi, which stands for “quick bites”, was born.

After two decades of development, Katzenberg says Quibi, which will formally launch in April 2020, has the potential to transform what short-form means for people today.

“I think in five years we would have had three evolutionary turns of film narrative: the first being movies; second being television and third being Quibi,” says Katzenberg.

Quibi wants to do for short-form what HBO did for broadcast.

It will look to make high-end series which tell hours-long stories across what Katzenberg refers to as “chapters” or “act breaks” that are 7-10-minutes long.

Katzenberg’s analogy to reflect how Quibi could potentially disrupt these markets is that of HBO’s entry into the TV market in the 1990s.

“Where broadcast TV was in the 1990s is where social media platforms are today,” says Katzenberg. “In the 1990s, TV was at the pinnacle of success and HBO comes along and says ‘we’re not TV, we’re HBO.’”

What this disclaimer meant was that the cable network rid itself of commercials, changed the form and format of TV episodes, which had previously been constricted to 30-minute and 60-minute slots, and amped up violence, foul language, nudity and sex.

It also gave a level of creative freedom to talent who were starting to feel constrained by broadcast television, giving them more room and freedom to work.

Most importantly, without a reliance on ads, it meant HBO could spend money that ad-supported TV couldn’t compete with.

“People say, ‘If you’re making content for $100,000 per minute, and that’s what Netflix, Hulu and Apple are all doing, aren’t you competing with them?’ And the answer is not at all.”

“All of those things are what Quibi will do with what is the current short-form world,” Katzenberg says. “We’re going to do something quite different and create a whole new set of opportunities for creators to make a different type of content, with much greater resources.”

“Most content being produced in that world today is in fact short-form and a good part of what Quibi is doing is we’re actually making long-form in bite sizes. That’s a very different type of storytelling than what exists today.”

Katzenberg goes on to say that he deeply respects the “very rich, very ambitious eco-system” of platforms such as YouTube, Instagram, Facebook and Snapchat, but that their video business can be limited due to their dependence on advertising.

“The result of that is that working on YouTube, as well as working on Facebook Watch, Instagram and Snapchat, the most you could spend on content and get a return on investment on is about $2,000 per minute.”

With broadcast, cable and streaming TV, companies are looking at a $100,000 per minute return.

“The difference between $2,000 and $100,000 is night and day – it allows you the ability to make a completely different and unique type of content,” he says. 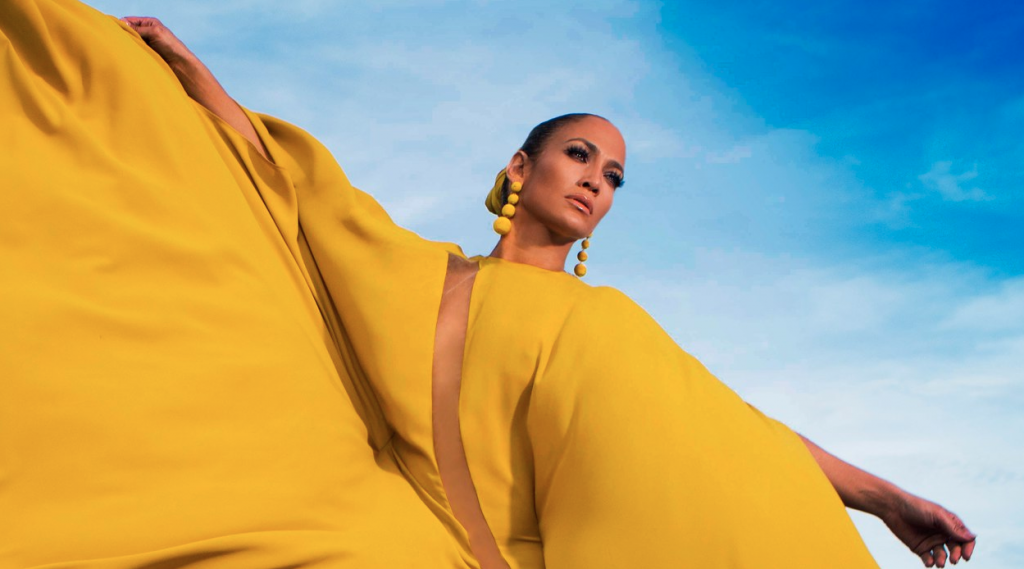 While some are quick to make a comparison between Quibi and its social media and streaming cousins, Katzenberg says that, in reality, the platform exists “in a white space”.

“The use case for Quibi is highly differentiated from what other people are doing today for traditional TV,” he says. “People say, ‘If you’re making content for $100,000 per minute, and that’s what Netflix, Hulu and Apple are all doing, aren’t you competing with them?’ And the answer is not at all.”

Katzenberg says Quibi focuses on what a millennial professional audience, aged 25-35, do between 7am and 7pm.

Katzenberg also says that millennials’ watch time per day has gone up from 40 minutes 18 months ago and six minutes nearly six years ago.

Meanwhile, HBO, Amazon, Hulu and Netflix have all acknowledged that less than 10% of their audience is using smartphones to watch their content, and a very small percentage is doing so during the day, says the exec.

“We’re interested in what you’re doing on a bus, on the train, standing in line at a Starbucks or sitting in a doctor’s office. There’s all these in-between moments which we’re now filling in.”

Furthermore, Katzenberg says he is unconcerned by the list of streaming platforms arriving into the market this year from Disney, WarnerMedia and Apple, and asking consumers to depart from hard-earned dollars. “We’re competing with ourselves on the outset,” he says.

This March, during the SXSW conference in Austin, Texas, Quibi revealed its first slate of programming, which will include a reality series from Jennifer Lopez’s Nuyorican Productions, a music competition by Scooter Braun and Frat Boy Genius – a factual title following the story of Snapchat creator Evan Spiegel.

In addition, the platform will feature short-form news programming, global news at noon from the BBC and a Best of Late Night programmes feature.

Katzenberg says that Quibi will feature more than 100 pieces of news content and series content every Monday.

“We have every professional media company in the industry as a supporter, investor and content supplier to us. So, we literally have every studio and several major independents as partners in Quibi, giving us access to the best talent, the best showrunners and the best IP,” Katzenberg tells TBI.

“Right now, in the best sense, we’re inundated by all kinds of talent from every other walk of life. A tsunami of content is pitched to us. In the last week, 125 projects have been pitched to us.”

The best of Hollywood and Silicon Valley

Quibi will not be successful unless it becomes the best of both Hollywood and Silicon Valley. While Katzenberg’s entertainment prowess has lurched the platform forward, he says, “I know what I know, and more importantly, I know what I don’t know”.

To ensure that the service had the best chance at succeeding as a subscription-based tech platform, he brought in former Disney colleague and ex-Hewlett Packard (HP) CEO Meg Whitman to lead on product development and create a user interface that would engage new users.

“It’s all of the things she has had so much knowledge and experience in. I felt confident that I could pull together the content side of it, but that’s like having a car without an engine,” says Katzenberg. 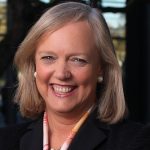 “I recognised that for this to work we needed to be the best of Silicon Valley and the best of Hollywood. One without the other could not possibly succeed”
Katzenberg on Quibi CEO Meg Whitman

Whitman also served as CEO at eBay from 1998 to 2008, receiving a range of accolades for her work, including being named as one of the 50 faces that shaped the decade by the Financial Times in 2009.

The duo have worked together for over 30 years, overlapping at various companies, but especially as DreamWorks and HP struck a strategic partnership in 2007.

“When she stepped down [from HP] is when I had built out the first plan for Quibi and I flew up to Northern California and called her up. She said, ‘Well I want to take a couple months off and spend some time with the family,’ and I replied, ‘No, no, what are you doing tomorrow night?’” Katzenberg convinced Whitman to join as CEO on the spot. “To say I was stunned was an understatement,” he says.