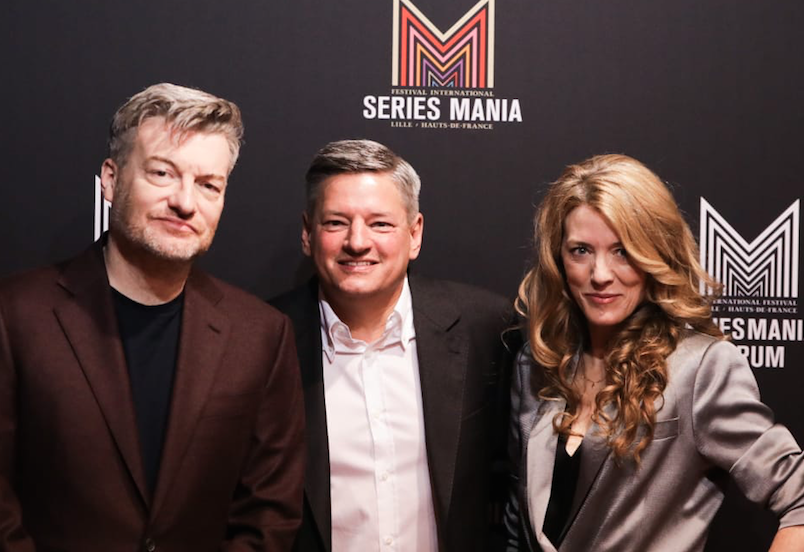 Netflix is not primarily about acting disruptively, at least in terms of content if not in terms of how to distribute it, according to Ted Sarandos, chief content officer of Netflix in conversation at the Series Mania event in Lille with Black Mirror co-creators Charlie Brooker and Annabel Jones.

Sarandos said that he was “not a fan of the word disruption”. He said Netflix was “not about burning things down” but about improving on existing formats and stories. He said it was important to have “a certain amount of reverence for tradition”, which underpinned content.

“We never want to do…disruption for disruption’s sake,” he said.

On the film/series dichotomy, Sarandos said these tend to be consumed “increasingly in similar ways”. He said that “cinema is now infused into television in ways we have never seen before”.

He said that Godless had been pitched as a film rather than a series. However, Netflix decided to expand it into a mini-series. “These are distinct art forms but they can borrow from each other,” he said.

Sarandos said that House Of Cards had been “a big swing out of the gate” in terms of the level of risk taken by Netflix. The streamer spent US$100m shooting two series without a pilot for its debut in original series. However, he said, director David Fincher committed to have his name on all episodes and “as a commissioner you need to have a good appetite for risk”.

Sarandos said that Netflix is investing US$1bn in original production in Europe, including 15 series in France in development currently.

“It has never been our initiative to export Hollywood to the world,” he said.

Sarandos said the paltform had overturned conventional wisdom about “what does and doesn’t travel” in terms of content.

He said that “entertainment is what we do” and added that interactive storytelling had “taken this to a new and extreme level”. He said that “a good story well told” was primarily what brought people to Netflix.

Interviewed by Sarandos, Brooker said that Black Mirror: Bandersnatch’s storyline, with its five alternative endings, would “only really work as interactive”, adding that he had to learn the Twine coding language to create the show.

He said that the show “worked as seamlessly as possible” and added that the production team had constantly finessed the techniques behind it as the programme was being made.

Brooker said that the people viewing the show had to some extent brought a “gaming sensibility” to it. Brooker said that he had tried out the show on a game console, which vibrated when the audience was prompted to interact with the content.

Jones said that Bandersnatch was the first live-action interactive series for adults, which she said the creators knew would be a high-risk venture, even though Netflix had created interactive kids shows for kids previously.

She said that the show had functioned “as a film” that people stayed with and were prepared to follow different endings for.