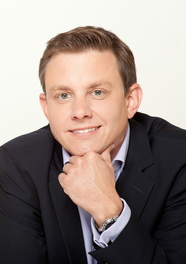 Two months after its acquisition by Germany’s ZDF Enterprises (ZDFE), specialist factual distributor Off the Fence has rejigged its exec structure.

Ralf Rückauer, VP of ZDFE Unscripted, is to lead the distributor as joint CEO, sharing the role with Off the Fence founder Ellen Windemuth with immediate effect.

The German business bought the 25-year-old distributor outright in January, highlighting that Windemuth would stay on as CEO.

Speaking to TBI following the acquisition, Rückauer and Windemuth said that combining forces is about “futureproofing” the two businesses, and that Off The Fence’s fledgling VOD platform WaterBear Network played a key part in the deal.

Rückauer started in film production before heading up the format development lab of ZDF’s Das kleine Fernsehspiel editorial department from 1999. The exec has been with ZDFE since 2003, focusing on factual programming. In 2012, he was appointed head of sales, followed by a promotion a year later to VP of ZDFE Factual. Since 2018, he has served as VP of ZDFE Unscripted – a role he will continue alongside heading Off the Fence with Windemuth.

Rückauer said: “Sharing the position of CEO with Ellen is a huge honour. I am delighted about the trust that’s been placed in me and am looking forward to my new role. I have been working with Ellen Windemuth and Off the Fence for over 15 years. Now we’re jointly leading a very young and international sales and production team that couldn’t be better positioned.”

Fred Burcksen, president and CEO of ZDFE, said: “Ralf Rückauer is a proven expert in unscripted programming and has an excellent global network of long-standing industry contacts. He is the perfect person to represent ZDF Enterprises and work with the Off the Fence team to advance our collective cause.”