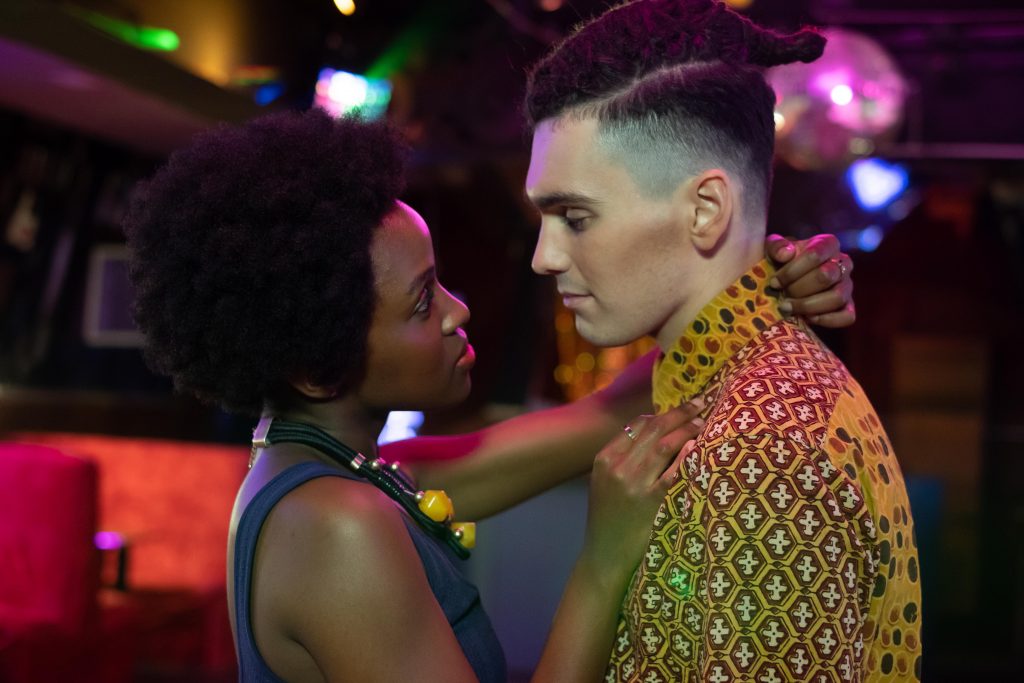 ITV Studios Global Entertainment had a stellar debut drama event last year with an oversubscribed show that left an impression on buyers. This afternoon, it plans to go ‘bigger and better’ with 400 guests set to arrive at the iconic Roundhouse in Camden, making it one of the largest screening events held this February

“The main learning from last year was to get more space,” says Ruth Berry, ITVS GE’s managing director. “And the feedback we got is that the buyers were really excited about just being immersed in the content via panels with the writers, creators and producers.”

These are elements the distributor is keen to elevate for its 20 February event. The larger space has arrived in the form of the Roundhouse, where ITVS GE hopes to host another “immersive” event that reflects the vision of its creators. From lighting to music, every detail will attempt to mirror the creator’s work presented to the buyers that day, according to Berry.

ITVS GE’s headline act will be World War II drama World on Fire. The multifaceted drama starring Helen Hunt (pictured below) will tell the story of the war through the eyes of ordinary people across Poland, Germany, the UK, France and the US.

“It’s one of the most epic and powerful dramas we’ve had in a while,” says Berry. “I’m excited to distribute a show that I think is so important for the world and for younger generations, helping shape the way they understand history and getting their point of view.”

ITV’s Mammoth Screen will produce the title for BBC One. 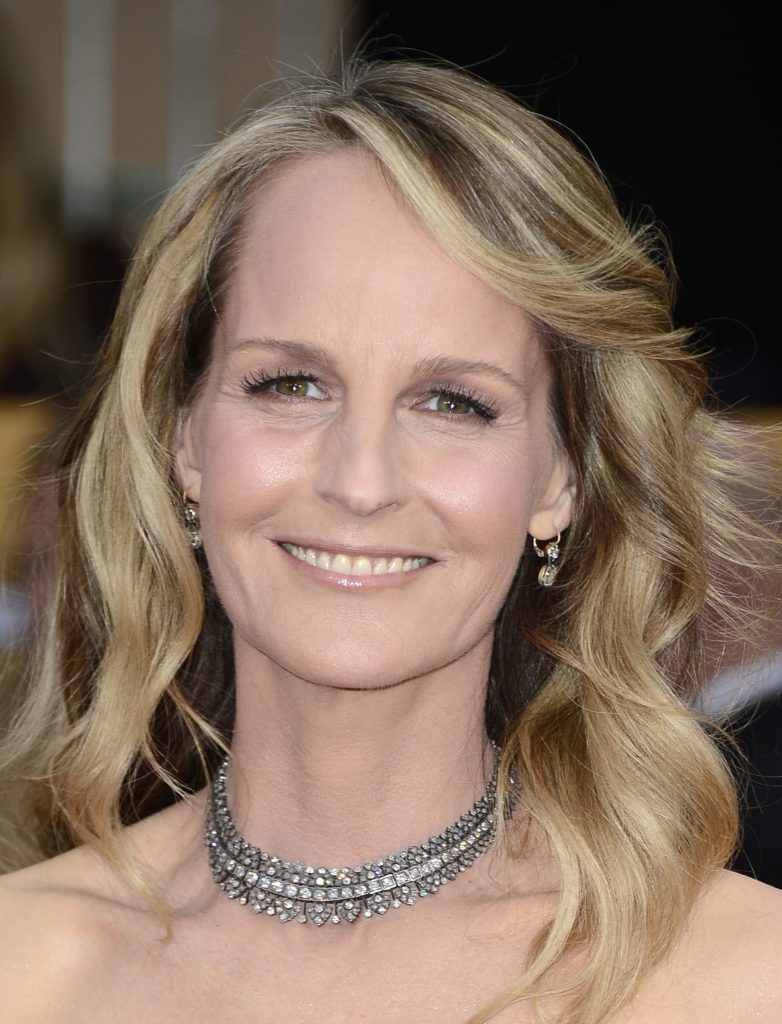 Another Mammoth title, Noughts & Crosses (pictured top), based on Malorie Blackman’s bestselling novels, is also on the slate. The drama will focus on a young romance set in a world where the black race is dominant.

“It’s a really exciting project. It’s international. We’ve gotten a lot of interest from international buyers on that and we’re excited to immerse them deeper into the series as they haven’t seen much of it yet,” says Berry.

“Presenting what it is going to look like and how it’s going to feel will be a priority for us at the festival.”

The last showstopper will be the Rob Lowe-led (The West Wing) British police procedural Wild Bill. The title will place the US actor in Lincolnshire to solve British crimes in an unconventional manner.

“He’s a real fish out of water because people are just looking at him and thinking ‘what are you doing here?’” Berry adds.

The titles are a clear example of how much ITVS GE’s drama slate has grown over the years and it’s one reason why the UK screenings have become all the more important for the distributor.

“We work with a stable of phenomenal producers who produce content all year round. Our slate’s getting bigger and stronger, therefore we need points throughout the year to sell them,” Berry explains.

“Historically, people have focused on two key markets in the year. We’re finding it’s difficult to hold shows back solely for those events.”

The UK screenings are an event that the exec plans to come back to for some time as it allows direct communication with buyers early in the year.

“You can’t save your ‘ta-da!’ moment now,” she says. “We are constantly out there with new shows, and with such a large number of dramas coming through, they’re scheduled at different times throughout the year. So it’s really about finding the right time to talk to buyers and keeping a conversation going throughout the year.”

The ITV Formats Festival was one of the first events to take advantage of the international buyers heading to the UK in February. Now hosting its seventh annual event, the distributor’s Global Creative Network MD, Mike Beale, reveals what’s to come

Topping a year of format success with Love Island will not be easy for ITV Studios, but the distributor plans to kick off 2019 by introducing buyers to key titles it believes will have a global impact. 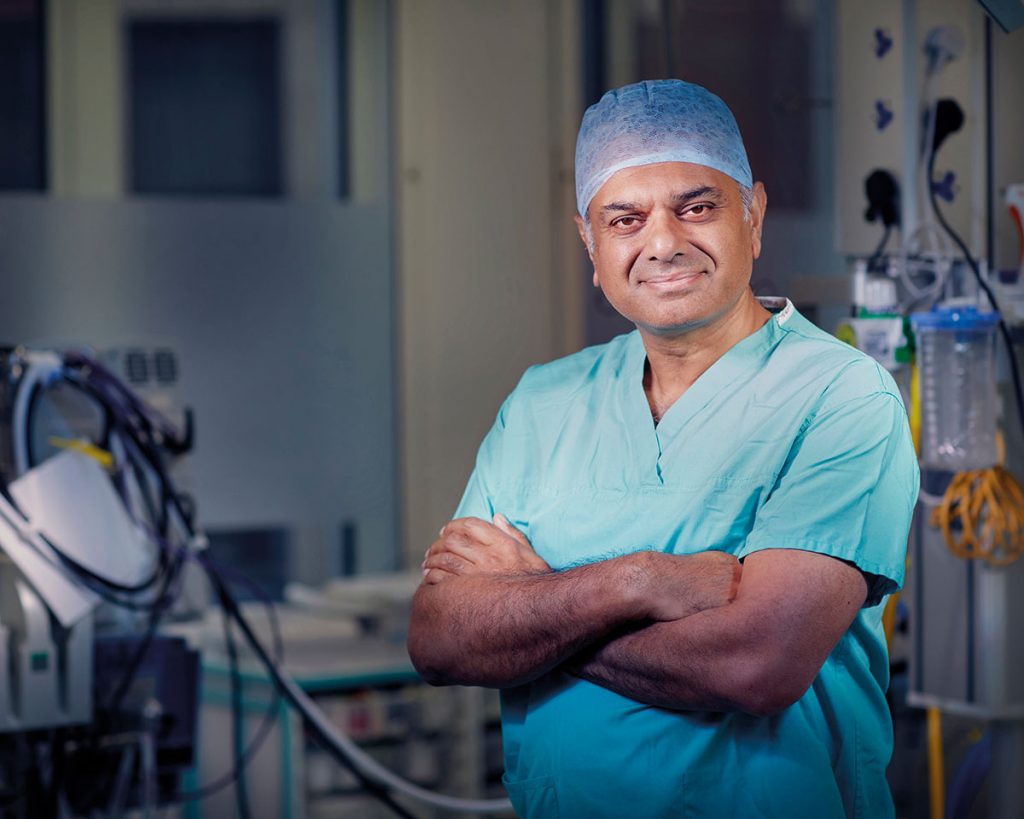 Heading up the Formats Festival slate will be Operation Live (above), a ground-breaking new series that takes viewers inside the operating theatre to watch real-life procedures in real-time.

Beale says the show led Channel 5 in the UK to attract up to 25% audience share across several episodes and hopes this can be recreated worldwide. The format is to air in Australia as a two-night event series.

The title will be joined by visual game show Catchpoint, a family-friendly game show combining physical fun with a new question mechanic that launches on BBC One this spring. The premise of the game is simple: contestants must not drop the ball while trying to answer a string of questions.

“The new shows to screen tackle their genres in different ways from what’s available in the market place,” says Beale.

The Chamber, for example, will see contestants take on a trampoline course in an abandoned slate mine in North Wales. “The location, set up, and the fact that it’s filmed in an underground cave is all unique,” he explains.

With 200-plus buyers set to attend ITV’s latest Formats Festival, Beale tells TBI the event has been growing in attendance year-on-year, up 40 buyers from the 160 attendees last year.

“We started the screenings to reposition ourselves as a formats business when I first joined. ITV was then seen as a channel and not a distributor,” explains Beale.

“We’ve learnt a lot about what our buyers like to get out of it over that time.”

“It enables us to showcase our formats more fully and give context that the written word or promo alone cannot encapsulate. The fact that the shows are also presented to them by the original creators and producers gets to the heart of the concepts.”

On top of giving buyers an exclusive look at new launches for 2019, some of which will be marketed at MIPTV, ITV will also update them on the continued success of evergreen titles such as I’m A Celebrity, Hell’s Kitchen and Come Dine with Me.

For the most part, Beale says this year’s screenings will be business as usual, where the distributor brings producers in front of buyers to give them a more intimate look at the titles than you get at major markets.

The only thing that’s changed for the distributor is the number of businesses also entering the fold at the screenings.

“What is different is we’re trying to liaise between ourselves so that we don’t all do it at the same time,” says Beale.

“Last year, the screenings really started to gain momentum and we were treading over each other. We lost a third of our crowd because they had a cocktail elsewhere, so we talked to each other this year to schedule.”

As an example, ITV split its venue at the Ham Yard Hotel this year with Warner Bros. and the two businesses will hold their events at separate timeslots.

“We just see it as a good start to the year. It’s not even the lead in to MIPTV, it’s the lead up to all the markets. And it gives the time for people to spot something they might not have spotted at the leading markets around the world,” says Beale.