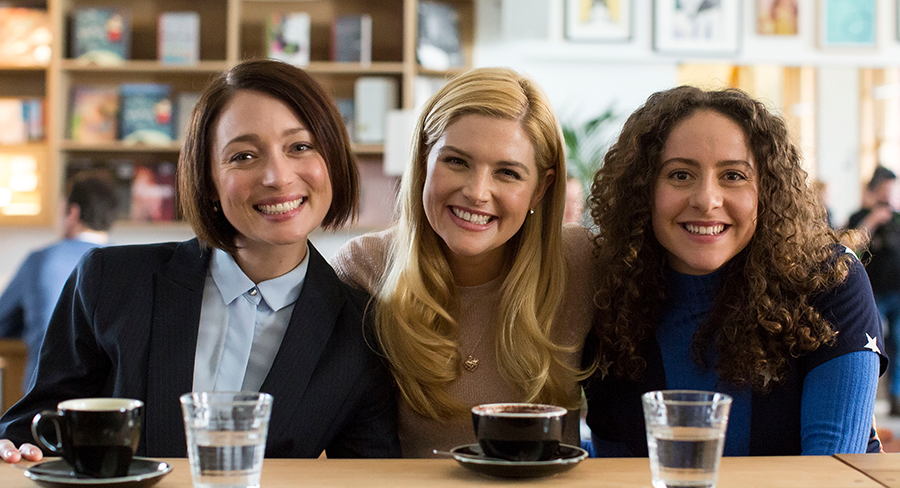 The Path duo Annie Weisman and Jason Katims are to oversee a new drama pilot based on the original Endemol Shine Australia series Sisters (pictured) from Jonathan Gavin and Imogen Banks, which originally aired on Network Ten in 2017, and was picked up by Netflix as an Original last year.

The drama follows only child Julia Beckley when it’s revealed that her father, a Nobel Prize-winning fertility doctor, has used his own sperm to conceive dozens of children over the course of his career. When Julia discovers she has two new sisters – her former best friend and an ex-Olympic athlete – the women attempt to form an untraditional family.

The Sisters adaptation follows the previously announced Tom Kapinos drama, which is inspired by the M6 series Quadras from Endemol Shine France. The first series of the comedy drama takes place over the course of a single night at a wedding, where truths are slowly revealed about the guests.

Lisa Fahrenholt, who is VP of international development for scripted at Endemol Shine North America, is overseeing both projects for the studio in LA.

Peter Salmon, chief creative officer at Endemol Shine Group, said: “We have an unrivalled network of scripted producers around the world and these pilot orders from Fox with ideas originating from Australia and France are testament to our collaboration and creative strength. Our rich slate of programming, particularly those from non-English language markets, which are already proven local hits, are ripe for adaptation by broadcasters and platforms globally. Sharon Levy and the ESNA team are brilliant at delivering to the US market and deserve every credit, too.”

Sharon Levy, president of unscripted and scripted television at Endemol Shine North America, added: “We are truly fortunate to work with such talented producers and writers globally within Endemol Shine Group and we’re thrilled that our scripts for both Sisters and Quadras have resonated with the team at Fox.”