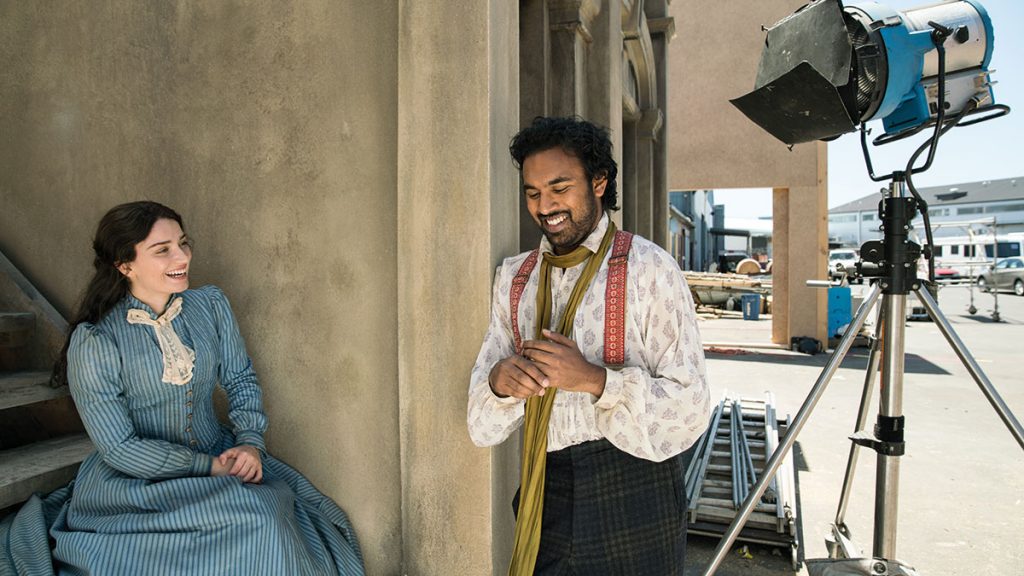 Fremantle is taking buyers around the world with a slate of scripted and unscripted titles that touch on experiences across continents, this morning at London’s Ham Yard Hotel in Soho.

Jens Richter, Fremantle’s International CEO, says the business will bring a packed slate of programming to London to get ahead “in a market where more and more pre-sale activity is happening”.

At the event, Fremantle will have director Gurinder Chadha presenting Beecham House, a Delhi-based drama set in the 19th century. The title “opens a window to a point in history that we haven’t seen on screen before,” according to the exec.

Baghdad Central will also join the showcase, with Euston Films producer Kate Harwood and cast discussing their experience of filming the series in Morocco. The six-part drama, based on the novel by Elliot Colla, is set in Baghdad in 2003 just after Saddam Hussein has fallen.

Eleanor Catton will also talk the buyers through bringing her Booker Prize-winning novel The Luminaries (pictured top) to life and show a few clips from the series, which is currently in production in New Zealand.

In addition, Fremantle’s scripted slate will include Latin American drama La Jauria, with co-producers and Oscar winners Juan de Dios Larrain and Pablo Larrain on the stage to discuss the show.

A big differentiating factor at this year’s showcase will be Fremantle’s incorporation of non-scripted titles.

“We’ve changed the event this year to include a number of big factual highlights,” says Richter. “Both Expedition with Steve Backshall and Enslaved are event series. With the combined talent, locations, production values and storytelling, they are on par with our big drama launches.”

For Expedition with Steve Backshall, expert producer Wendy Darke will be in town along with Backshall to give buyers a glimpse of the project, which sees the team travel unexplored lands.

Enslaved, which is hosted by Samuel L. Jackson, retraces the traumatic sea voyage endured by millions of Africans over hundreds of years as they were transported from their homes to the New World and a life of slavery.

“The event has grown year-on-year,” says Richter. “It’s a fantastic opportunity to give buyers an exclusive insight into the live productions of some of our biggest upcoming event programming.”

Over 250 global buyers will attend the event, to see creatives, writers and actors on stage, and watch early video material for the productions.

“This is a great opportunity for the clients to get a glimpse into all of our new projects,” says Richter.