How Netflix is shaking up the documentary world

Netflix is raising the bar for factual to premium levels and introducing ‘box sets’ and ‘binge-watching’ into commissioning vocabulary, all while growing traditional broadcasters’ budgets and ambitions for documentary. Tim Dams reports.

Netflix has famously spent its way into the homes of viewers around the world by backing original dramas such as The Crown, 13 Reasons Why and Stranger Things. In the process, the streamer has upended the scripted market, helping to drive up ambition, spending levels and the number of shows being made across the board.

Less remarked upon, however, is how Netflix is doing the same in the non-scripted market.

Original series such as Making A Murderer, Wild Wild Country (pictured, top), The Staircase and Evil Genius are proof that documentaries are every bit as ambitious, compelling and bingeable as hit dramas – but at a much more affordable price point.

In fact, Netflix recently revealed that series two of Making A Murderer was its second most binge-watched show of 2018 in the US, ahead of hit dramas such as Bodyguard and Orange Is The New Black. Indeed, many of Netflix’s most successful documentaries focus on a single story that unfolds over multiple episodes – just like drama.

“They are using the same techniques as serial drama. You watch one episode and then you have to know what happens – you binge-watch on the edge of your seat,” says Blink Films MD Dan Chambers, noting that the technique works brilliantly with crime docs, but can be more challenging to apply to other subjects.

This level of premium documentary is steadily influencing factual programme makers and commissioners around the world. Producers report that many broadcaster commissioners now say they want documentaries to “look Netflixy” and echo the epic and cinematic feel of a Netflix title.

“You just have to look at the number of UK commissioners who casually use the word ‘box set’ when they talk about the ambition they have, or what they are commissioning in terms of storytelling intensity, compelling authorial view, scale, bingeability and multiple episodes,” says Endemol Shine UK director of factual Kim Shillinglaw. “The casual use of the word ‘box set’ is something we owe to Netflix.”

The impact of the global SVOD is also filtering down to production, with directors and cameramen referencing shows such as Wild Wild Country as inspirations on set, says Chambers.

He cites the thoughtful lighting and beautiful wide set-ups of the interviews in Wild Wild Country, a six-parter about the rise and fall of the extraordinary commune founded in Ohio by Indian guru Bhagwan Shree Rajneesh in the 1970s.

Others, like October Films’ creative director Matt Robins, say that streamers such as Netflix have ‘raised the bar in documentary storytelling’.

He reckons the impact of the streamers on non-scripted has been most pronounced in the US, particularly in the cable market, which has traditionally focused on carefully packaged and processed content designed to please advertisers.

Now, he says, “There’s a realisation that documentary can be as impactful as fiction.” Budgets and ambition have picked up as a result – as have the number of feature docs being made.

“Netflix has, over the last three to four years, proven that people will watch documentaries over 45 minutes long on challenging subjects, and even with subtitles,” says Spring Films MD Richard Melman.

Netflix has “opened up” traditional broadcasters, who are keener to back feature-length documentaries. He cites Spring Films’ recent doc Meeting Gorbachev, directed by Werner Herzog and Andre Singer and backed by A&E.

“I don’t think that would have happened a few years ago,” says Melman. 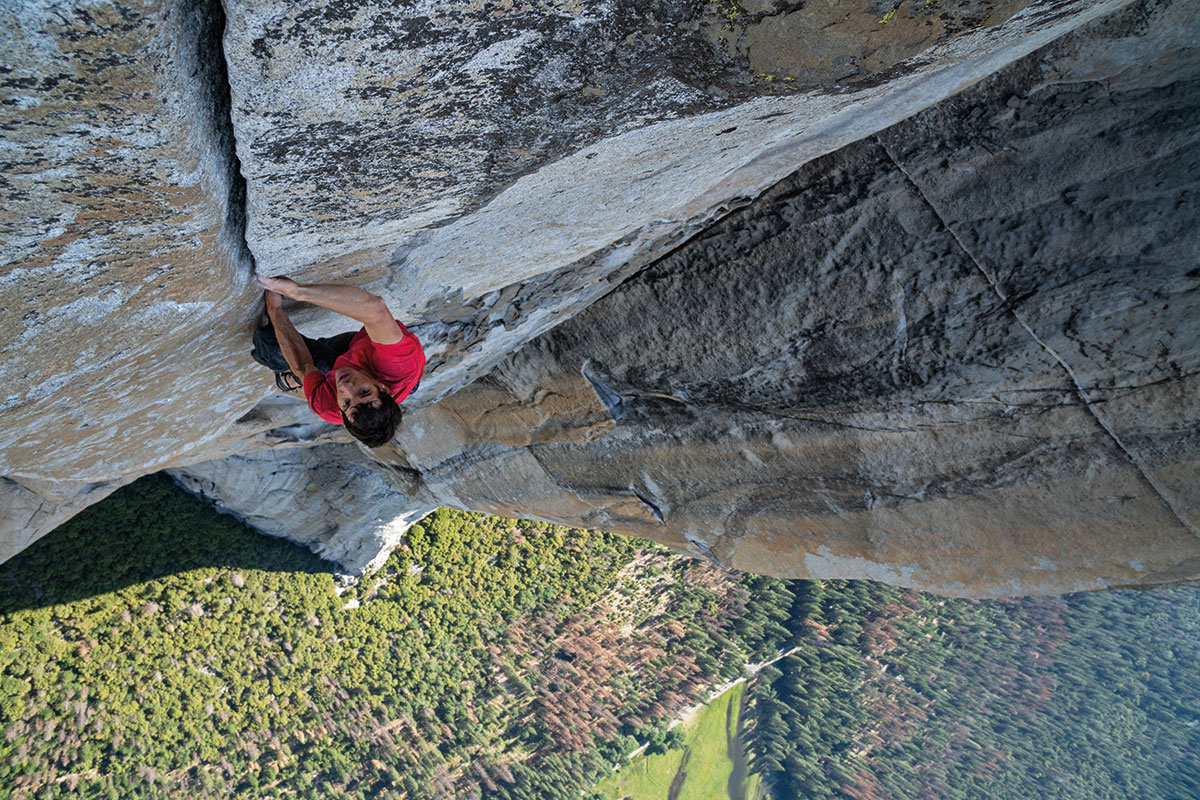 CNN Films, meanwhile, has backed two of this year’s hit documentaries – RBG, which focuses on Justice Ruth Bader Ginsburg, the second woman to ever serve on the Supreme Court, and Three Identical Strangers, the incredible story of three complete strangers who discover at age 19 that they are identical triplets separated at birth.

Netflix has acquired a number of Spring Films’ feature-length docs, including City 40 and Night Will Fall. The streamer also backed Werner Herzog’s volcano doc Into the Inferno as a Netflix Original.

Melman says he has no idea how the films have performed, as Netflix doesn’t release viewing data, even to producers. But he’s clearly pleased with the response to Into the Inferno, which played all over the world via Netflix.

“I stopped counting after 300 newspaper and magazine articles about the film – it got really talked about as a result [of their backing],” he says.

Oscar-winning documentary producer Simon Chinn (Man on Wire, Searching for Sugarman) traces the evolution of the premium long-form doc farther back than Netflix, pointing out that the genre took root with the backing of broadcasters such as HBO.

In fact, HBO’s four-part documentary series, The Defiant Ones, which tells the stories of Jimmy Iovine and Dr. Dre, is referenced by many producers as a recent inspiration.

The producer agrees that there is “a buzz around docs” that there hasn’t been for some time.

Indeed, 2018 was something of a break-out year for feature documentaries. Four films, including Free Solo, Won’t You Be My Neighbour?, RBG and Three Identical Strangers, crossed the $10m mark at the North American box office — something only achieved by a single documentary in 2017 — with Mr. Rogers doc Won’t You Be My Neighbour? more than doubling even that impressive figure. 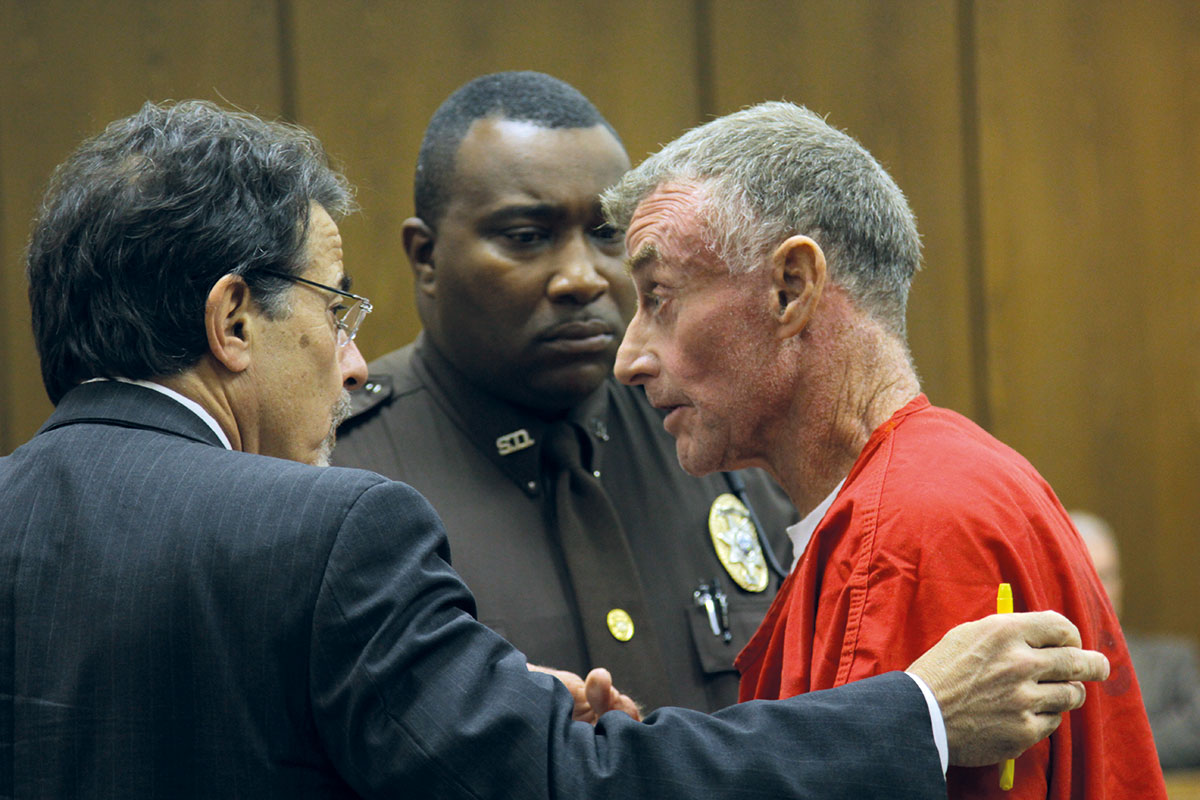 Chinn believes it is “a tiny bit reductive” to link the growth in popularity of documentaries to Netflix, but allows that the business, as a global platform, can show extensive series such as Wild Wild Country, The Staircase (above) and Making A Murderer, and has “thrown down a gauntlet” to traditional broadcasters around the world.

“The fact is that the BBC and Channel 4 in the UK now have to compete against Netflix documentaries, and that means that they have to up their game.”

As an example of how traditional broadcasters are meeting the challenge, he cites BBC Two commissioning Chinn’s prodco Lightbox to make a feature-length documentary about disgraced movie mogul Harvey Weinstein directed by Ursula Macfarlane, which premieres at the Sundance Film Festival in February. The exec wonders if a feature length doc like this might have been embraced in previous years.

Chinn also believes that the “very prescriptive formatting” of documentaries might be receding somewhat in light of the rise of more complex, ambitious feature-length series.

Endemol Shine’s Shillinglaw agrees that Netflix in particular, but also broadcasters such as Nat Geo and A&E, have “really pushed at what the documentary series might look like.”

“From a creative point of view, their influence on the documentary landscape has been very stimulating,” says Shillinglaw. “They have helped to raise the ambition and level right across the global documentary industry, including here in the UK.”

She adds that British commissioners are struggling to compete, however, with the budgets that debt-fuelled companies like Netflix can offer.

But Shillinglaw does strike a cautious note in her appraisal of Netflix as a customer for production companies like Endemol Shine, pointing out that traditional channels will continue to be “important customers, and I see them representing the majority of our customer base for quite some time to come.”

“I don’t think Netlfix is a golden goose,” she adds. “Nor do I think that Netflix is going to eat British broadcasting alive. I think they are a very interesting addition to the viewing, selling and buying landscape.”

Shillinglaw adds that while there are “certain projects” she would undoubtedly take to Netflix or a streamer, there are “a large number of projects” that are best suited to a broadcaster.

“The stakes have been raised for producers,” says October’s Matt Robins, who is currently executive producing a six-part series about the lives of America’s First Ladies for CNN.

“You are now up against Hollywood producers and stars like Will Smith. Everyone wants to play in the documentary genre.”

Robins reckons that the cable networks have also become more focused on development as they look to back standout documentaries.

“The producers who will thrive in years to come will be those that understand the importance of developing access, and that relationships [with documentary subjects] are built over three to five years, before you have even shot a single frame.”

Those producers who do manage to thrive will do so at a time of growing popularity of documentaries among younger audiences.

“The youth market – 18-35 year olds – is starting to come back to documentaries,” says Melman. “I was told five years ago that you couldn’t get young people to watch documentaries because of their short attention span.”

But something has changed. Perhaps it is that younger audiences are seeking facts, insight and knowledge at a time when the world is convulsed by political upheaval, characterised by the presidency of Donald Trump and Brexit.

“A documentary film can be something of a guiding light in a dark and dangerous world,” says Melman.