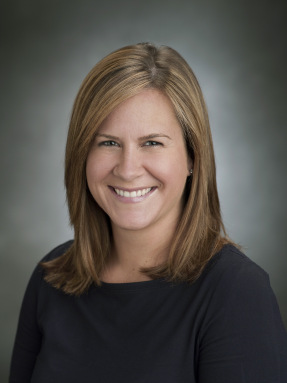 NBC Entertainment has promoted Meredith Ahr to president of its alternative and reality group.

The exec, who previously served as head of the Universal Television Alternative Studios, will take on the role recently vacated by Paul Telegdy, who was promoted to serve as co-chairman of NBC Entertainment alongside George Cheeks.

In the role, Ahr will oversee all unscripted programs at the network and in-house production arm Universal Television Alternative Studios.

She will also oversee first-run syndication, which includes shows such as Access Hollywood and The Kelly Clarkson Show.

The position gives her oversight of NBC’s entertainment strategy, allowing her to manage the launch of shows such as Songland, a TBI MIPCOM Hot Pick, and The Titan Games.

She will report into Telegdy and Cheeks.

Ahr became president of newly formed Universal Television Alternative Studio in 2016, and her unscripted credits include World of Dance, The Wall and Making It.

Cheeks and Telegdy said: “In just two short years, Meredith has built a studio from the ground up and expanded her already indelible impact on NBCUniversal via the genre-defining alternative content she has personally overseen.

“There is no one better suited to take the baton and run with this role. Meredith will continue to set the industry standard for world-class unscripted programming both domestically and abroad.”

Ahr added: “There has never been a better time to create content that celebrates and reflects the unpredictable stories of real people. The opportunity to nurture the best and most innovative formats and ideas, regardless of studio, network, platform or daypart – all around the globe – is a dream job that I’m energized to share with the brilliant producers, talent and executives who partner with us.”