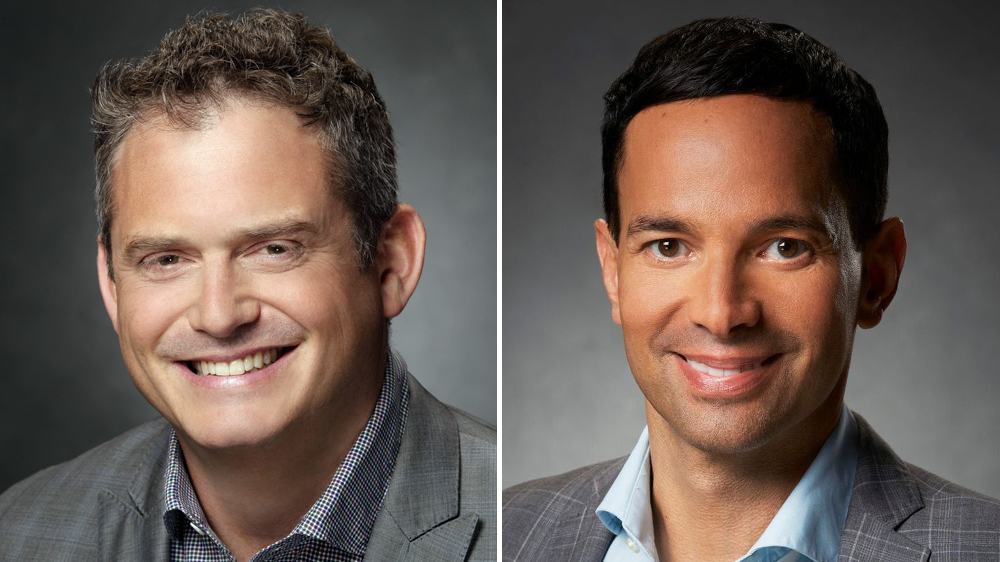 NBC has appointed Paul Telegdy (pictured, left) and George Cheeks (right) as co-chairmen of its entertainment arm following the exit of Bob Greenblatt.

The execs will jointly manage entertainment operations for both the NBC network and the Universal Television studio operations, which also includes the Alternative Studio.

Their appointments come after chairman Greenblatt – who is credited with NBC’s turnaround via heavy hitters such as drama This Is Us and comedy The Good Place – decided to exit the role after eight years.

He will stay on as a consultant to NBC and continue to be involved in the development and production of NBC’s live musical events, such as the recent Jesus Christ Superstar.

Cheeks first joined NBCU in 2012 as EVP of business operations for NBC and Universal TV. Prior to NBC, he worked in business affairs at Viacom.

British exec Telegdy joined NBC in 2009 as head of alternative programming. He previously held programming roles at BBC Productions and BBC Worldwide in Los Angeles, where he played a key role in reversioning Strictly Come Dancing into ABC’s Dancing With The Stars.

The changes were conveyed to staff via a memo from NBCUniversal CEO Steve Burke, who hailed Greenblatt as “the architect of one of the largest turnarounds in network television history, leading NBC from last place when he started at NBCU right after Comcast’s acquisition of the company, to number one in the demo for five seasons in a row.”

“Under his leadership, NBC generated numerous award-winning hit shows, including This Is Us, The Voice, Will & Grace, The Good Place, The Blacklist and the Chicago franchise to name a few,” wrote Burke.

“He also transformed the studio side of our business, re-establishing Universal Television and setting up our new alternative studio. These studios produce many of the best shows on television for NBC as well as for other platforms, including scripted shows such as Bates Motel, Brooklyn Nine-Nine, The Mindy Project, Master of None and Unbreakable Kimmy Schmidt, as well as World of Dance and The Wall on the unscripted side for NBC,” he added.