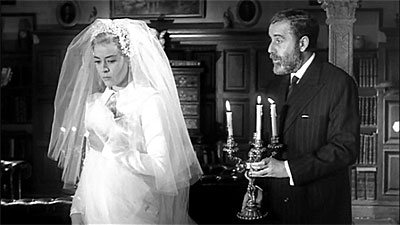 The operator, which is engaged in a battle for TV subscribers with struggling Vodafone as well as market leader Telefónica in the Spanish market, has also launched its new Android-based set-top and a set of premium packages.

FlixOlé, the brainchild of Spanish cinema mogul Enrique Cerezo, was officially launched at the end of last week. Cerezo, in addition to owning the rights to the majority of the back-catalogue of Spanish movies, also owns rights in Spain to the entire catalogue of classic RKO movies, as well as a wide range classic European movies of the last century.

The service offers Spanish cinema titles such as Plácido, El Verdugo, Bienvenido Mr Marshall, Viridiana (pictured), Amanece que no es poco and Los Santos Inocentes as well as international titles such as Valkyre and The Others and the range of classic European and international films for €2.99 a month.

Customers will be able to subscribe to FlixOlé direct via a single click via the Orange TV interface. As a special promotional offering, subscribers will receive the service free of charge for the first month.

Orange has also launched its new 4K HDR Android TV set-top, allowing subscribers to download apps from the Google Play Store for Android TV and giving them access to a wide range of OTT TV services.

The Android TV user interface includes voice search capability and the integration of Chromecast, enabling users to view content from smartphones and other devices on the TV.

The operator has also announced that it will introduce new functionality over the coming months including voice control of the TV, a new on-demand videogaming service, improvements in search and recommendation and personalized advertising.

Orange has also introduced a raft of new premium packages.

Millennial, for €5 a month, provides access to content targeted to a younger audience including Mediapro’s eSports channel U-BEAT and US music and lifestyle channel Havoc, exclusive to it in Spain.