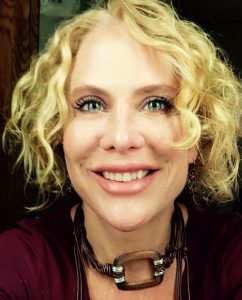 Jill Danton (pictured), whose credits include Atypical and Star Trek: Discovery, will now be executive VP of production for the business.

Meanwhile, Steve Lescroart from Legendary Entertainment will join as head of finance and strategy.

Both will be based in Los Angeles and report directly to CEO Katie O’Connell Marsh who launched Platform One in July 2017.

Prior to Behr Abramson Levy, Reder served as counsel in business and legal affairs at Marvel Studios. While there, he helped manage the launch of Marvel’s production of original content for Netflix, and he negotiated and drafted agreements for Daredevil, Jessica Jones, Luke Cage, Iron Fist and The Defenders.

Meanwhile, Erin Simon has been promoted from coordinator to manager of creative affairs.

“Steve, Jill and Nick bring such a wealth of experience in designing and executing series in this ever-changing global television marketplace. As we continue to grow and curate our slate, I’m pleased to welcome these highly-respected individuals to our expanding team,” said O’Connell Marsh.