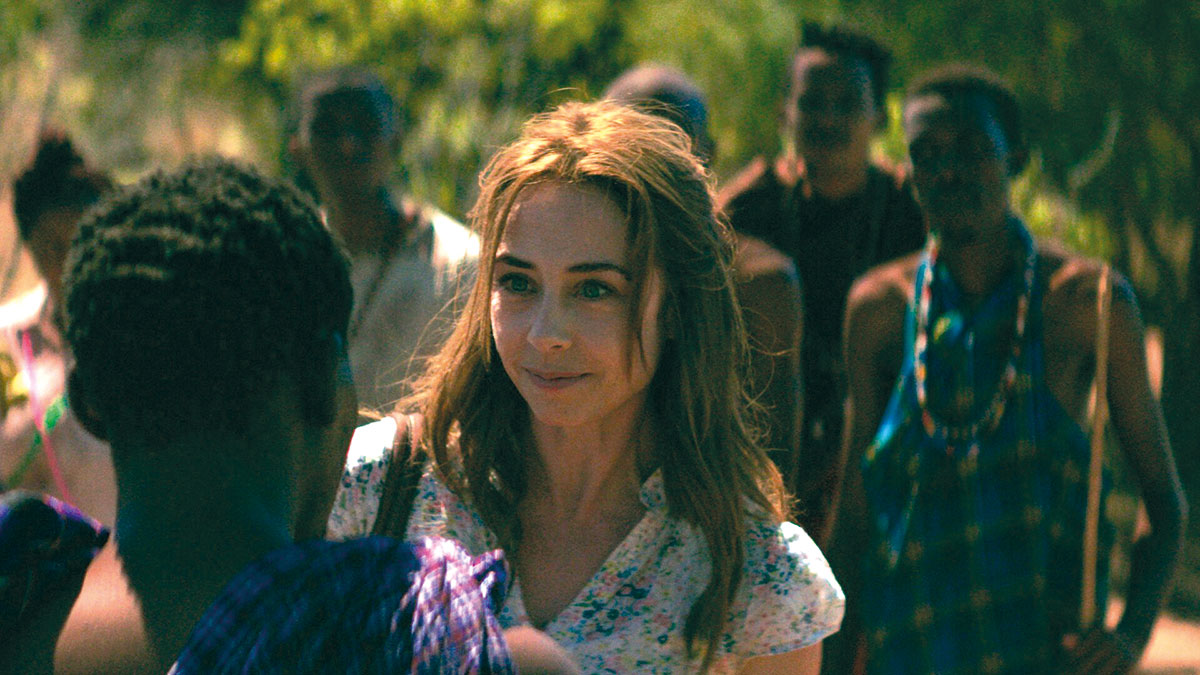 Ahead of the news that DR is to cut spend on international drama and focus its efforts on regional content, Nick Edwards reports on what may well be the last of big international investments in the genre at the Danish broadcaster

With shows such as The Killing, Borgen and The Bridge, Danish national broadcaster DR showed the world that countries outside the US could make TV drama worthy of the ‘golden age’ we all now enjoy.

The broadcaster has again raised the bar with drama Liberty, which looks at the subject of aid through the lens of Scandinavian expats living in Tanzania in the 1980s ­­– a first for DR that is also symbolic of an era of change.

However, budget cuts of 20% threaten to impact DR’s drama output as the channel is forced to halve its TV portfolio. As it looks to strengthen regional content and scale back international drama, the future of scripted at DR looks increasingly unstable, and Liberty could be one of the public broadcaster’s last big bets. 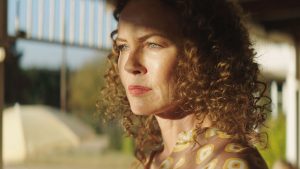 Famous for commissioning original screenplays, the drama marks the first time DR has adapted a book, taking on the beloved novel by Jakob Ejersbo. The five-part series is also the channel’s first official mini-series, deviating from the long-running three-parters it is known for. Filmed in South Africa, as a stand-in for Tanzania, it is also the first time a DR series is not set in Scandinavia, and the cast and crew – which includes celebrated Swedish director Mikael Marcimain and Danish-born Hollywood A-lister Connie Nielsen (right), who most recently starred in Wonder Woman – are equally international.

The subject matter is also new. The DR shows that made the channel famous internationally looked internally at Denmark. The Killing and The Bridge were both crime shows set in beautiful cold climates but to the outside world they seemed to critique Scandinavia’s social model of government. The other big hit of this era, political drama Borgen, tackled the Danish political system directly.

Similarly, the generation of DR dramas that followed – such as 1864, Legacy and Follow The Money – all explored new areas of Danish life. Liberty furthers the focus again by considering how Scandinavians operate away from home.

“In some ways it’s a tale of reversed integration, we talk about refugees in the press: how they keep their traditions and keep together with their own community. But when we arrive in Africa, what do we do? We meet up with all the Scandinavians and drink schnapps,” says producer Karoline Leth.

But in Liberty, things get much worse than simply holding on to provincial habits, and we see the exploitation of aid money on an industrial scale, sexual abuse and more.

While the story explores the worst of all colonising countries, the drama is also a story about Danish character.

“When you are growing up in a society that is very strict and you have a welfare system that completely supports you, then suddenly you find yourself with complete freedom, and that is really hard. There’s only one person to regulate you and that’s yourself – your own moral code that may erode,” says Leth. 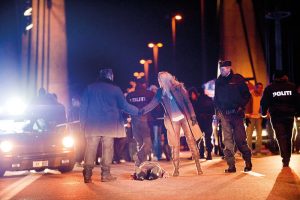 This year has also seen The Bridge (left) come to an end on DR. Sources tell TBI that one of the main reasons Liberty was commissioned is because The Bridge’s final season was only eight episodes (as opposed to the standard ten episodes), leaving budget for a new project.

But the success and stature of DR’s output now creates challenges that would be the envy of many channels. “DR has become this well-running drama machine that spits out shows that are sort of different, but they are all well-acted, well-written and well-directed,” says Sofie Grabol, who stars in Liberty. “But when they got involved with Liberty, it was not just different – it was going in an opposite direction to their previous successes.”

Liberty was also one of the last show’s head of drama Piv Bernth commissioned following the ‘golden years’ she oversaw. She has now left to form an independent production company and is working with Karoline Leith on a project for HBO that starts shooting next year. Bernth is succeeded by Christian Rank, a former producer with commercial rival TV2 who took over in February.

It is over 20 years since DR’s drama department was first overhauled and directors and photographers from the world of film and theatre were invited to work there. In the 1990s, executives from DR visited the sets of America’s multi-episode, character-driven series, such as L.A. Law, 24 and NYPD Blue to study the US model of making TV drama. A couple of years later, Lars Von Trier made The Kingdom (1994), a melancholy miniseries about life in the neurosurgery ward of Copenhagen’s largest hospital that was heavily influenced by the David Lynch series Twin Peaks. Veteran Danish actors and directors were teamed up with the younger generation to make an ongoing serial in the style of NYPD Blue. Taxa, which ran from 1997 to 1999, took place in a central taxi office and focused on the lives of the drivers and their customers.

The fledgling industry was beset with problems but Taxa showed Danes that they were capable of producing great TV drama. By the time crime drama Unit One was broadcast in 2000, these problems had been smoothed out and it was a hit with audiences and critics alike, winning the best foreign drama Emmy in 2002. In the first five years, a legacy of award-winning drama was made – The Kingdom, Taxa, Unit 1, The Protectors, The Eagle and Nikolaj and Julie. The hefty investment in Danish TV drama meant that, much like America’s golden age of TV, the lines between what is considered film and TV started to blur. 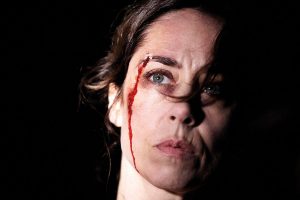 Coming from a country with a population of under six million, DR created TV drama that is considered to be amongst the best in the world. Not only were series such as The Killing and The Bridge sold to hundreds of territories, but for a period, they were the hottest remake properties in Hollywood. Indeed, Nordic noir is still highly sought after and imitated by foreign channels and streaming services. It has also had a social impact. Its iconic lead characters, such as Sarah Lund in The Killing (right) and Saga Noren in The Bridge, are all female, and Denmark’s progressive gender equality laws meant that women also occupy important behind-the-scenes roles.

But today, under Christian Rank, the TV landscape is drastically different, and appointment-to-view drama is harder to achieve. With roughly 15 dramas launched in Denmark last year, the public has a vast array of choice on many different platforms.

However, changes are afoot at DR. In September, the broadcaster revealed that around 400 staff will be affected by budget cuts, and that channels DR3 and DR Ultra would become digital platforms by 2020 and culture channel DRK would merge with DR2. The move have resulted in an outcry from the Danish media community and opposition politicians who have labelled the cuts a “historical degradation of Danish radio and television”.

The cuts will also significantly affect the drama department, which is “seen as having become too big,” says Rank, speaking to TBI at the Series Series festival in France, noting that the division is “seen as taking opportunities away from the private sector, which was never the aim.”

The exec must now adapt DR’s drama output to this new arena and some sacred cows must be slayed.

The first of these will be to find partners outside of DR. This could be “independent production companies or OTT collaborators,” he says, “if they make sense”. 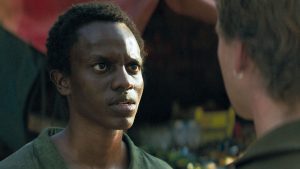 Working with other production teams makes financial sense if, with less money, DR wishes to produce series with the same level of production values they are famous for. It also makes practical sense; “it doesn’t matter where the camera comes from” says Rank.

The more acute challenge will be to retain the quality of artistic excellence. The ‘One Vision’ method developed by DR’s drama department – itself partly inspired by America’s showrunner model – where ultimate  artistic decisions ultimately fall to one person has been credited with its success.

This model of production has allowed creators time, trust and the freedom to create, and was taken up by many screenwriters who were used to a more precarious existence and relished in the new method of working, which they considered to be the ultimate luxury.

“This we should keep”, says Rank. But what may change is the long-term security that some DR writers have become accustomed to.

“We won’t automatically commission three seasons at a time as we’ve done in the past. We’ll do one season at a time and see if there’s more story to tell.”

What Rank will focus on is the ‘trust’  between DR and the creator. This means the role of producer will become enhanced, and they will be the individual who maintains the integrity of the writer or director’s vision when collaborating with outside partners.

“It’s important that the producer fully shares, understands and carries out the vision of the show, because that will allow them to be the best guardian and agent for the show in all collaborations and aspects of the creation. In that sense, the producer’s task is to ensure that the [shared] vision is carried out,” he says.

“It feels like the end of an era,” he continues. “The golden age of five or six writers that defined DR previously – I don’t think it will be like that [going forward].”

The hour long ten-episode series model, that the Danes also adapted from the America’s  ‘showrunner’ model, is also no longer sacrosanct.

“We may do mini-series,” says Rank, referring to the traditionally British style of TV storytelling where a single writer or director makes a self-contained short series of episodes [such as Liberty] and also, reflecting on how social media has changed viewing habits particularly for younger viewers, he says the broadcaster is also exploring short-form content.

“We may do a series of three-minute episodes,” he explains.

Rank still believes the role of a public broadcaster is “to talk about society” but not in the same way as before. He believes that DR “had  a tendency to step up on a box and explain the world to its audience. We forget TV is an emotionally relevant medium,” he says.

“Our mission is not to tell the truth but to let audiences experience how the truth feels.”