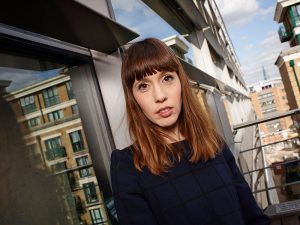 Her focus is unscripted content from across EMEA. She will be based in the London office, which set up its UK office earlier this year with the appointment of Canal+ docs boss Diego Bunuel, and will begin in the new year.

Leveugle most recently served as interim head of fact ent at Channel 4, which she departed in August after six years, as part of an exec reshuffle at the broadcaster.

The exec joined C4 as a commissioning editor in 2012.

Her credits include such series as The Undateables, Child Genius and Alone At Home.

She also oversaw Old People’s Home For 4 Years Olds as well as specials including Life Stripped Bare, Inside the Ku Klux Klan, Sex in Class, The Billion Pound Hotel and The Knowledge.

Prior to joining C4, she was a showrunner on the first series of The Undateables.

Netflix has been on a recruitment drive in the UK for the past few months, and has had a number of casual cocktail events for top-level scripted and unscripted execs.

The business has been setting up a number of commissioning outposts outside of Los Angeles this year, with offices set up in London, Paris and Madrid in recent months.

TBI understands that the streaming giant is looking to have more market-focused commissioners on the ground across the countries in which it operates.