Argonon Group has acquired 100% of BriteSpark Films, its joint venture with Nick Godwin. 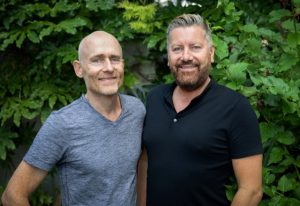 Godwin, the creative director and co-founder of Britespark, established the company with Argonon in 2013. Titles from the prodco include Bad Tenants, Rogue Landlords and Nazi Treasure Hunters.

The exec will continue as creative director and look to build an executive team in the coming year.

James Burstall, CEO of Argonon Group, said: “This deal cements our fruitful and enjoyable relationship with Nick and BriteSpark. The company has become a juggernaut under our joint stewardship and our intention is to supercharge this still further. Building and strengthening bonds is an important part of our plan for Argonon and BriteSpark as we continue to make strategic investments to expand the business.”

Godwin added: “I’m excited to be moving into this new phase of our development with the support of Argonon Group. We have recently secured commissions with major broadcasters both sides of the Atlantic, and it feel like this is the right time to take the company to the next stage.”

This August, Argonon appointed Magnify Media’s Andrea Jackson to distribute formats for the company. The business is said to be looking for an international head of sales, as it attempts to rebuild its sales business.

It is understood that Argonon indies, which include Leopard Pictures, Remedy Productions and Windfall Films, can work with external distributors to sell their content. This leaves Argonon International with just a portion of its own catalogue. The acquisition of Britespark will see the business looking to refill its pipeline of content for the distribution business.