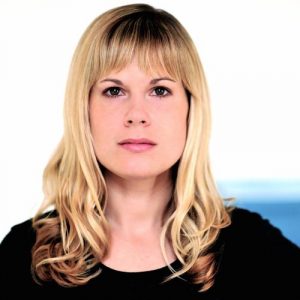 The adaptation will be produced by Platt, Siegel and Ink Factory’s Stephen Cornwell and Simon Cornwell.

APA’s Lucy Stille represents film and television rights to the book and put together the deal with The Ink Factory and Marc Platt Productions. The deal was negotiated by Stille alongside Jeff Kleinman and Jamie Chambliss at Folio Literary Management, and by Yogita Puri for The Ink Factory.

Set in the 1950s at the height of the Cold War, We Were Never Here centres on a plan by the CIA to engineer the publication of Boris Pasternak’s controversial novel Doctor Zhivago in his home country.

The story is told through the voices of the women at the centre of the mission, including Pasternak’s mistress and muse, Olga Ivinskaya, and Irina, a young CIA recruit.

Ink Factory’s Stephen Cornwell said: “In its ambition, scope and execution, We Were Never Here is a remarkable novel by any standards, and as a first novel, breathtaking. The greatest spy stories are also great love stories. Lara’s wonderful book delivers on all that promise and more, and we couldn’t be more excited to be setting out on the journey of bringing her characters and story to the screen than with our friends and colleagues Adam and Marc.” 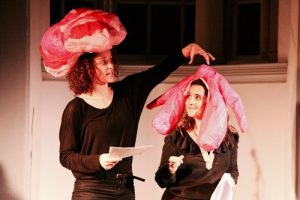 The Killing Eve producer is developing the play – which examines women’s relationships with themselves and the discovery of their bodies – into an anthology series titled Wondrous Vulva.

The play is a work-in-progress and has been performed at London’s Ovalhouse Theatre.

The deal was negotiated by Charles Dawson at Sid Gentle Films and Jessica Stewart at Independent.

Sally Woodward-Gentle, executive producer and founder of Sid Gentle Films, said: “Bella’s refreshing and radical honestly is compelling, and it fits with Sid’s vision to continue making creative, innovative and ambitious drama, which pushes boundaries and sparks discussion. In Bella we have found someone who shares our passion for engaging storytelling, and we are very excited to work with her to bring her wonderfully engaging play to the screen.” 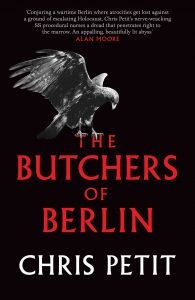 Gomorrah writers to adapt Butchers of Berlin with Connect3, Cineflix

Gomorrah writers Leonardo Fasoli and Maddalena Ravagli are to adapt the novel The Butchers of Berlin into a scripted series.

Connect3 Media and Racine Media have taken TV rights to the book, and in partnership with Cineflix Media, will be developing the adaptation.

Fasoli and Ravagli are also writing ZeroZeroZero for Canal+, Sky and Amazon.

Chris Petit’s The Butchers of Berlin – which was published in 2016 by Simon & Schuster UK – is a murder mystery set in war-torn Nazi Germany.

It centers on a financial crime investigator who is assigned to a homicide case and finds himself immersed in a world full of questions with no easy answers. This book is the first in a developing series that follows the investigator through the plotting and paranoia of the Third Reich.

Pablo Salzman, president of Connect3, and Julien Leroux, senior VP of global scripted co-productions for Cineflix Media, will be shopping the series at next month’s MIPCOM market in Cannes and MIA in Rome.