Sony Pictures Television (SPT) has launched an PlayStation on-demand app for children in the UK that features some of the best-known shows from its free-to-air kids channel POP. 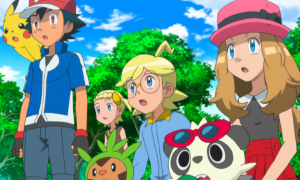 SPT partnered with Sony Interactive Entertainment UK (SIE UK) for the launch of the POP App, which is aimed at seven to 11 year-olds and is available on PlayStation 4 games consoles from the PlayStation Store.

The POP App offers on-demand content from POP and POP MAX, including titles such as Pokémon, Power Rangers and Lego Nexo Knights.

“This partnership with our sister company, PlayStation, gives us an exciting opportunity to reach out to more family audiences with some of the UK’s most popular kids content through the PS4 network.”