Banijay Group, the umbrella group behind Zodiak Kids, has appointed Moonscoop’s Benoit di Sabatino as CEO for its kids division. 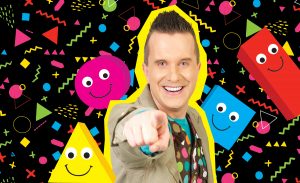 Di Sabatino joins the business from Moonscoop Group, an independent content business specialised in the production and distribution of global youth programmes.

As co-founder of the group, he was responsible for the creation and production of more than 1,500 hours of programming across 100 titles in 160 countries. Flagship brands included Code Lyoko, Geronimo Stilton, Titeuf.

Marco Bassetti, CEO at Banijay, said: “With a wealth of knowledge in the kids business, Benoit was the perfect fit for the role. Having worked across thousands of hours of programming in this genre, he will be a great addition to the team and is sure to take Zodiak Kids to new heights.”

Benoit di Sabatino added: “Banijay is an ambitious group committed to strengthening the presence of Zodiak Kids in the global marketplace. The business already has an incredibly strong catalogue of high-quality brands and I’m looking forward to exploring new areas to bring the business further growth.

“With a vast pool of new ideas, a team of talented individuals and an ever-growing market around us, it is an exciting time to be taking on this new role and building Zodiak Kids as a flagship brand.”