No Offence producer to head development at AbbottVision 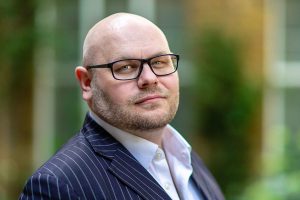 No Offence producer Henry Swindell has been appointed head of development at Manchester-based indie AbbottVision.

Swindell most recently worked as a script producer on the third series of the Channel 4 police drama.

As head of development, he will be based out of the indie’s writers’ studio in Manchester, developing and expanding a slate of projects while seeking new talent.

He was formerly senior script exec for BBC Northern Ireland Drama, where he worked across commissioning and development for all BBC channels.

Prior to that, he ran BBC Writersroom North, working across BBC Film, TV and Radio.

Swindell said: “I have long admired the work of Paul Abbott. It’s an honour and a privilege not only to finally get to work with Paul but to be invited to join his company and work across all of his projects.

“I’m excited to be able to build a slate of projects with AbbottVision by other writers drawing on my network and relationships built over my career and particularly from my time working in commissioning and development.”

AbbottVision founder Paul Abbott added: “AbbottVision is one of very few truly independent indies in the UK, and as such, we run a tight team. Henry’s skillset for forging new projects and knowing how to chuck the furniture about has been a joy to spend time with across a very diverse batch of new projects.”