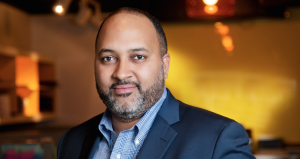 Armstrong joins from Paramount’s parent company in a newly created role in which he will lead third-party series distribution with studios; manage distribution on local-language productions and oversee Paramount’s digital monetisation team.

He will also work closely with Viacom International Studios as it looks to distribute content to international partners.

Armstrong, who will begin the role on 17 September, will report into Dan Cohen, president of worldwide television licensing.

Armstrong joined Viacom in 1998, most recently serving as executive vice-president and general manager of BET Networks.

Armstrong was integral in creating and launching Paramount Channel, which is available in 116 countries and recently launched in the UK.

Cohen said: “With two decades of experience at Viacom under his belt, Michael truly understands the ecosystem of Viacom brands and their interplay with Paramount, and is a trusted leader not just internally, but in the industry as well. His track record and many years of experience in this larger corporate family guarantee that he will add immeasurable professional value, and he will be a great cultural fit.”